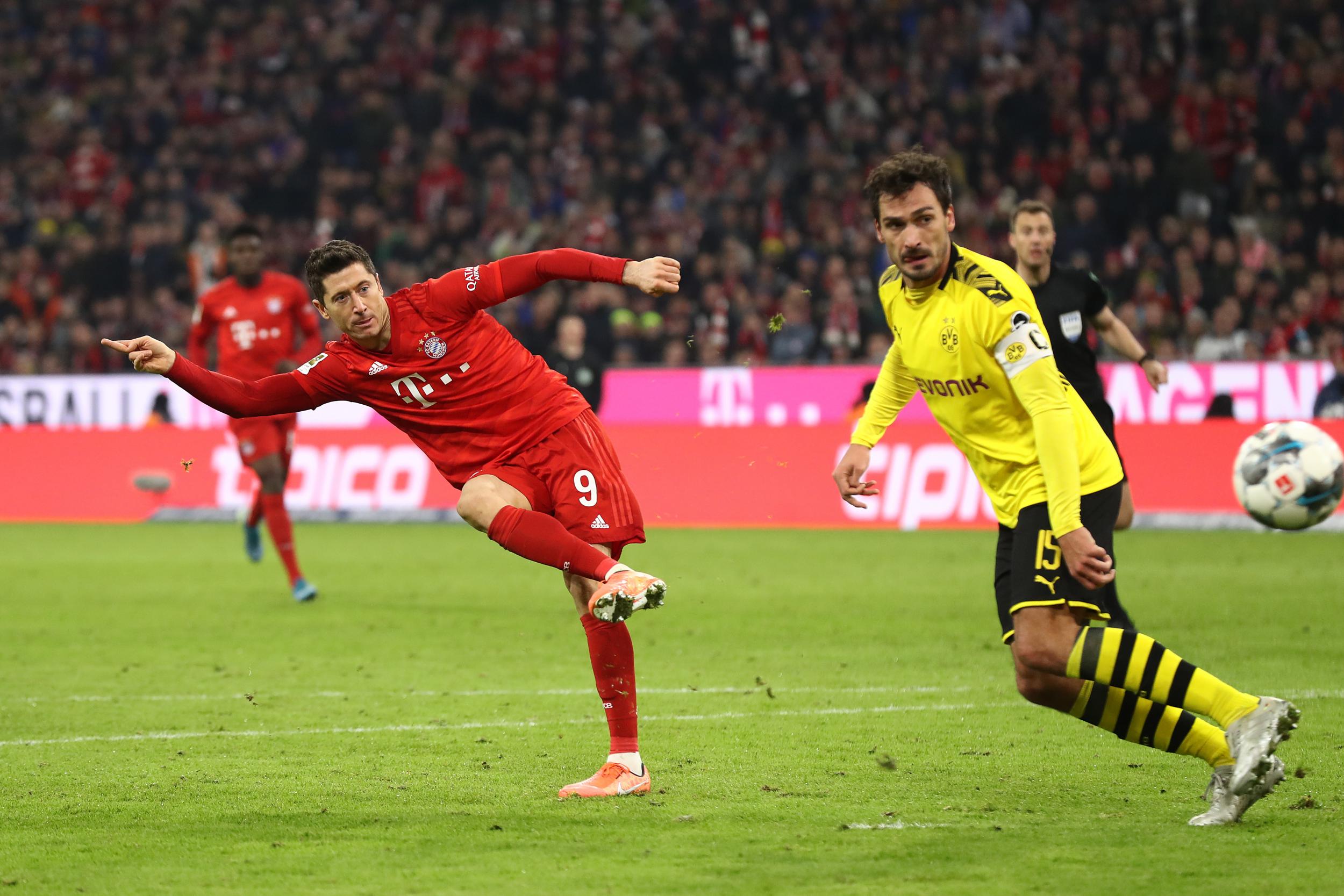 The prolific former Borussia Dortmund striker has claimed top scorer honours in four of the last six seasons, with only Alexander Meier and Pierre-Emerick Aubameyang able to interrupt such a dominant run during that time.

And Lewandowski remains on track for another Torjägerkanone prize in 2019/20 as the Bundesliga prepares to become the first major European football league to resume behind closed doors following the coronavirus-enforced shutdown.

The Poland captain had notched 25 times in just 23 league appearances before the season was suspended in March, with a further 14 goals across other competitions taking his tally to a ludicrous 39 in 33.

Lewandowski suffered a tibia fracture before football’s hiatus as Bayern ran out 3-0 winners over Chelsea in their Champions League last-16, first-leg tie at Stamford Bridge in February, but he is expected to be fit to face Union Berlin at Stadion An der Alten Försterei on Sunday.

RB Leipzig frontman and noted Liverpool transfer target Timo Werner is Lewandowski’s closest rival in the top scorer race, having struck 21 goals in 25 games leading up to the suspension.

Meanwhile, England forward Jadon Sancho and Dortmund team-mate Marco Reus – along with former Arsenal youngster Serge Gnabry – have both hit double figures already this term, while Erling Haaland will look to continue his incredible run having scored nine in eight Bundesliga outings since a high-profile January switch from RB Salzburg.