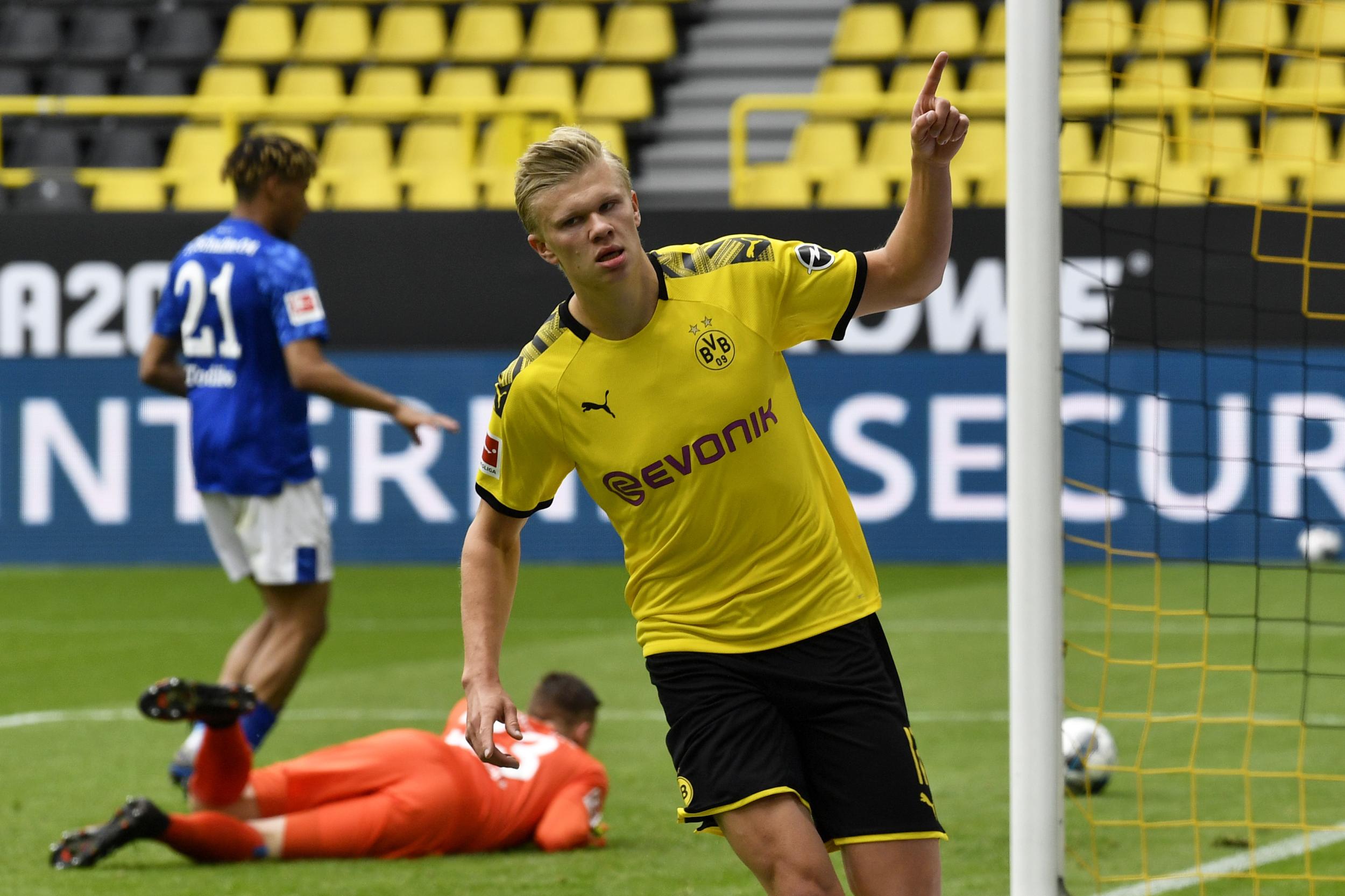 Manchester United target Erling Haaland provided an emphatic reminder as to what all the fuss is all about, scoring after just 28 minutes for Borussia Dortmund vs Schake.

The highly-touted 19-year-old – who has also attracted interest from Spanish giants Real Madrid – converted a Thorgan Hazard cross with a delightful flick into the far corner to put Dortmund 1-0 up.

Despite the lack of fans in the stadium, the youngster still ran to the corner flag in celebration. There was no ‘meditation’ pose, as we’ve become accustomed to, however.

The Norwegian has now scored 13 goals in his opening 12 games for Borussia Dortmund after arriving for just £17.1million in January.

Haaland, speaking to Sky Germany on the speculation surrounding his future, said: “I’m concentrated on the return to competition -not on the attention that is directed at me.

“I’m thinking about doing my job, which is what I like best. I’m focused on that.”

The youngster has certainly kept to his word. And with Dortmund chasing down Bayern Munich in the race for the Bundesliga title, they will be delighted their key striker has picked up just where he left off.