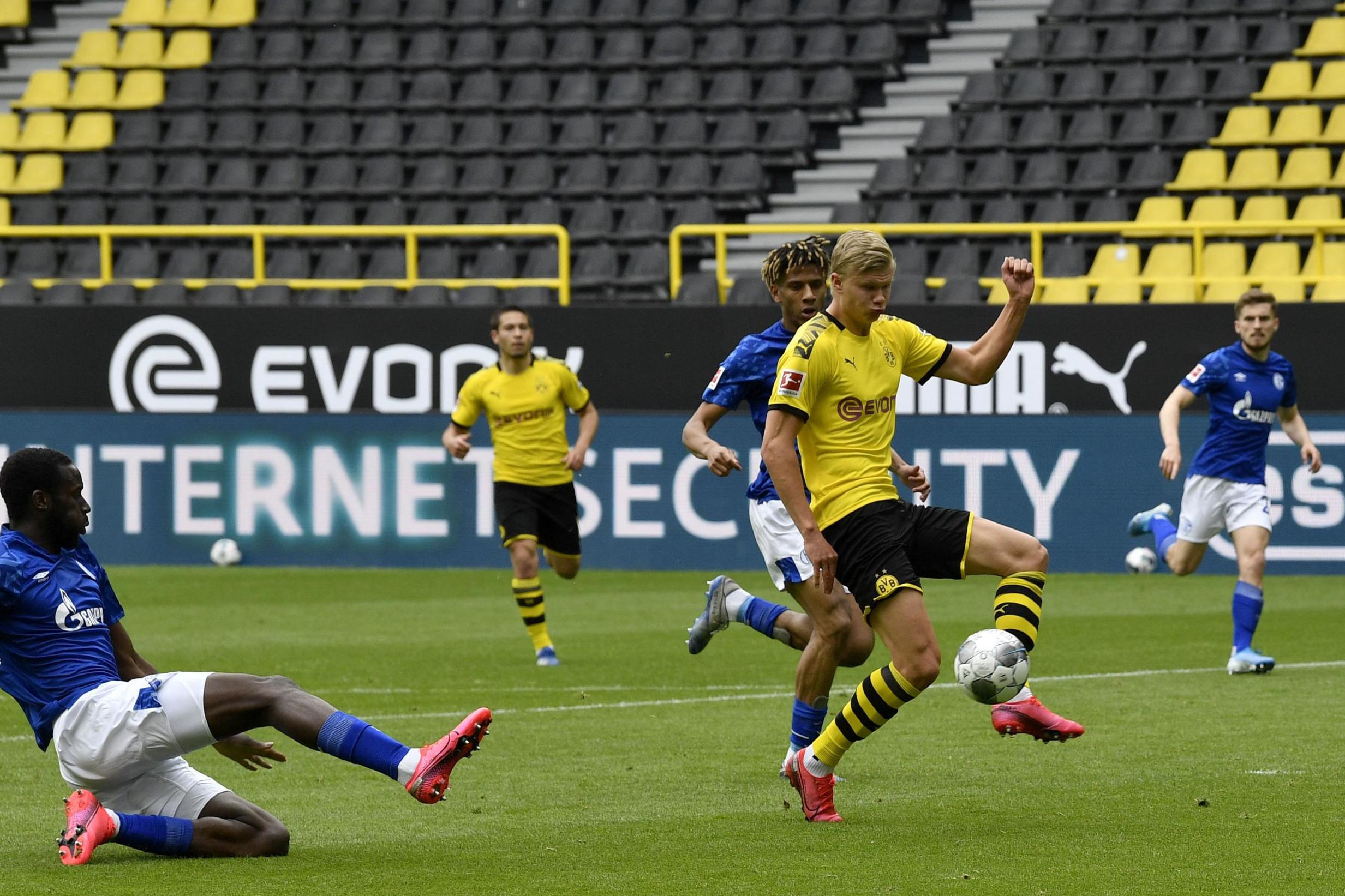 Bundesliga footballers and managers were introduced to what German football will look like from behind closed doors on Saturday – and the reactions were somewhat mixed.

While Borussia Dortmund had no trouble whatsoever in resuming their fine form before the two-month stoppage due to coronavirus pandemic, others found themselves in an unfamiliar situation.

Dortmund goalkeeper Roman Burki saw the positives, adding he felt they had rediscovered the joy of childhood football as they returned to action with a 4-0 derby victory over local rivals Schalke.

The result means BVB move a point behind leaders Bayern Munich, who play at Union Berlin on Sunday, after goals from Erling Haaland and Thorgan Hazard and a Raphael Guerreiro double.

Quoted on Dortmund’s website, Burki said: “This was no different from the game we used to play when we were children.

“Without spectators, just having fun. You could see that was the case for the team.”

The home side saluted the ‘Yellow Wall’ after the game in tribute to their absent fans and winger Julian Brandt backed up Burki’s assessment.

“I would’ve obviously preferred it if we had been playing under normal conditions,” Brandt said.

“We all need to adapt. But in a situation like this, you have to try and have fun. And we did at times. And what better way to resume our campaign than with a win? We performed well, even if it wasn’t perfect.

“In the second half in particular, we should’ve tried to keep the level up. But we made it 3-0 relatively quickly; that played into our hands. Towards the end our energy levels dwindled. I thought it was good for the first game after such a long time. We can build on this.”

But not everyone was a fan. Dortmund coach Lucien Favre struggled to comprehend the new environment he found himself in: “There is no noise. You shoot at the goal, you make a great pass, you score, and nothing happens. It’s very, very weird”, he said.

With all mass gatherings banned until September, this is the new norm for German football players and fans – at least for now – so they better get used to it.

Uwe Rosler, now in charge of Fortuna Dusseldorf, said after his side’s goalless draw with Paderborn: “The day was a bit odd. I am an emotional man, I like to take a player in my arms, which I obviously couldn’t do today.”

Freiburg coach, Christian Streich, told a virtual news conference: “Obviously, it’s sad the fans cannot watch the game, that we can’t meet up and go to the game and play this game together.

“This is not something that can go on indefinitely. But under these conditions I did not expect a drop in quality because of a lack of fans and we did not see that.”

Additional reporting from the Press Association.