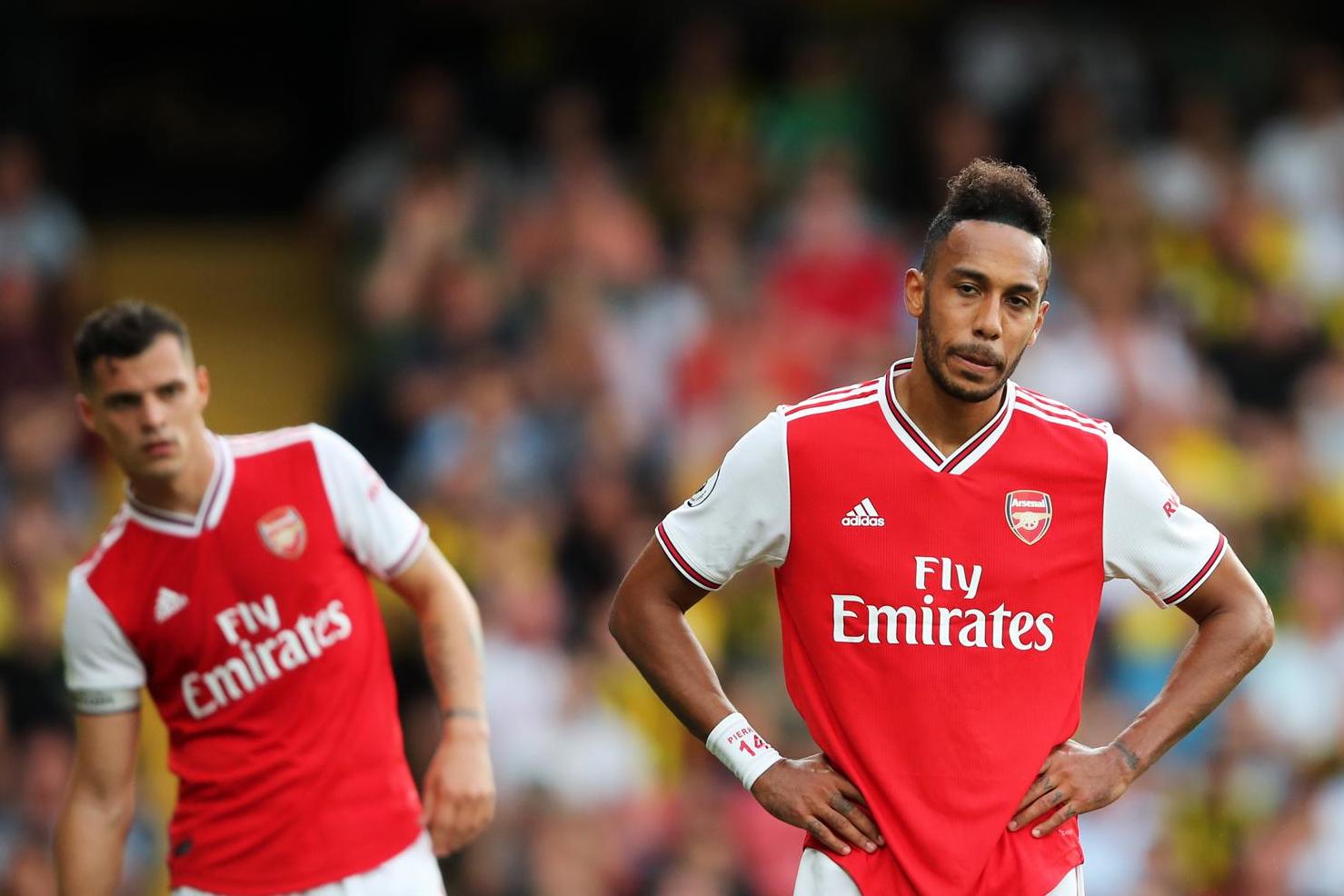 Granit Xhaka has admitted Arsenal would suffer a ‘great loss’ if Pierre-Emerick Aubameyang were to leave the club this summer.

The Gabon international has just one year left on his contract and has been heavily linked with a move away from north London this summer, with Spanish giants Real Madrid and Barcelona both reportedly interested.

The financial impacts of the coronavirus pandemic are set to be drastic, and with Aaron Ramsey joining Juventus for free last summer, many – including former striker Jeremie Aliadiere – believe the Gunners cannot make the same mistake again.

Aubameyang – who has scored 61 goals in 97 games since arriving from Borussia Dortmund for £56million in 2018 – will be free to speak to other clubs from January 2021, should he not sign a contract extension.

Arsenal, therefore, may be forced to sell their talisman and captain in a cut-price deal this summer – a prospect Xhaka recognises would be a bitter blow.

“If that were to happen, it would, of course, be a great loss for the team and the club,” he told SportBild.

“Auba is always dangerous and always good for a goal, and as a guy, he’s also really great. He is always positive, optimistic, helpful and very professional.”

Midfielder Mesut Ozil has also been linked with a move away from Arsenal, Turkish club Fenerbahce emerging as favourites to sign the 32-year-old.

The German, although largely regaining his place in the team under Mikel Arteta – making 23 appearances this season – has been heavily criticised for his performances in recent seasons, his work rate highlighted on numerous occasions.

“I see him here as a very positive, likeable colleague,” he added. “He is an extremely down-to-earth guy, always ready to help, and he works hard in training and in my opinion he really enjoys football.

“When Mesut is in form, he is, of course very important to us and can always make the difference. We really don’t have to discuss his footballing skills here.”