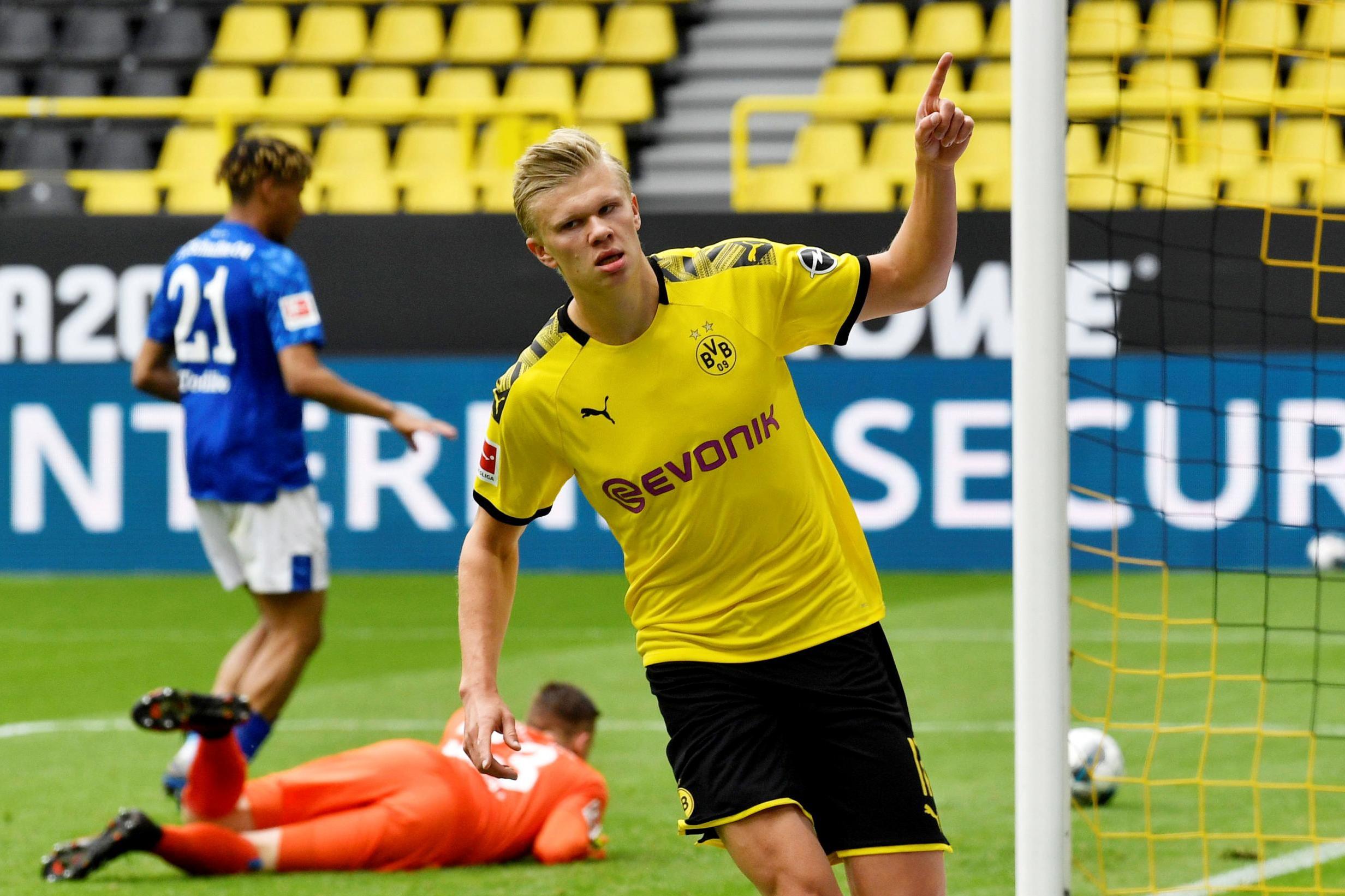 Borussia Dortmund return to Bundesliga action this weekend with a potentially tricky trip to face Wolfsburg.

BVB could not have made a better start to proceedings as the German top-flight became the first major European league to resume following the coronavirus shutdown last weekend, with a brace from Raphael Guerreiro and further goals from Erling Haaland and Thorgan Hazard securing a 4-0 victory over Schalke in an eerie Revierderby fixture played at an empty Westfalenstadion.

As well as securing derby bragging rights, such a thumping win also moved Dortmund within one point of leaders Bayern Munich, who subsequently went on to restore their four-point buffer with a comfortable triumph over Union Berlin.

An early Saturday afternoon visit to Volkswagen Arena – three hours before Bayern host Eintracht Frankfurt – offers Lucien Favre’s side the chance to pile more pressure on the reigning champions, though they are likely to face a tough test against Wolfsburg.

The hosts currently lead the race for that final top-six slot and are unbeaten in their last seven league matches after Daniel Ginczek’s stoppage-time winner sealed a last-gasp 2-1 win at Augsburg last weekend.

The match kicks off at 2:30pm BST at Volkswagen Arena on Saturday, 23 May.

Wolfsburg 1-3 Dortmund: While it seems somewhat redundant to talk about “form” given how long teams have had between matches, Wolfsburg’s league results should leave them fancying their chances of threatening to derail Dortmund’s title bid and in the process banishing memories of a 3-0 away defeat in November.

However, Dortmund oozed confidence in their thrashing of Schalke despite the odd circumstances and boast goal threats wherever you look. Expect their superior firepower to tell once more here, albeit not in quite such emphatic circumstances.

Live stream, TV channel and how to watch

BT Sport will be showing every game live on TV and online this weekend.

Wolfsburg vs Dortmund will be shown on BT Sport 1HD from 2pm BST.

All the highlights from the game will also be shown during BT’s Bundesliga Goals Show, which starts at 2:30pm on BT Sport Extra 3HD.

BT Sport subscribers will be able to stream the match online via the video player and the BT Sport app.

Information correct as of May 22.