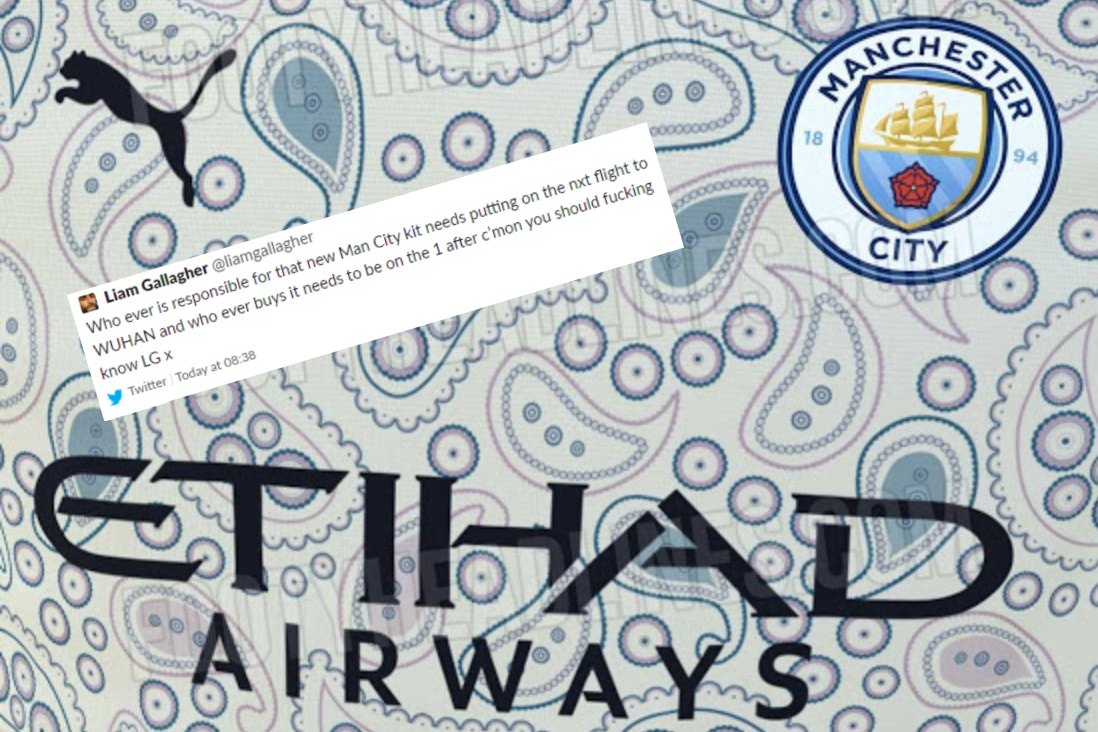 Manchester City’s “leaked” third kit has not gone down well with fans at all, especially Liam Gallagher.

In a now-deleted tweet, the former Oasis frontman and popular City fan posted: “Who ever is responsible for that new Man City kit needs putting on the nxt flight to WUHAN and who ever buys it needs to be on the 1 after.”

Why the outrage from Liam? Well, he’s not alone.

City fan account Man City Xtra tweeted three pictures of the “final design“, from Footy Headlines, and the reaction was far from positive – as a poll proves.

“I don’t want to look like James May,” wrote one City fan, with another posting a picture of Eastenders character Alfie Moon wearing similar attire.

There were also comparisons with kitchen roll and some outdated curtains.

“Why does this kit look like the opening credits to the 2005 film ‘War of The Worlds’?” was a valid question, as another posed it could make a “half-decent tea towel“.

A supposed description from Puma states: “Manchester’s music scene has always been an influence on other bands worldwide.

“The Man City 20-21 third kit takes inspiration from the Paisley floral pattern which was intrinsically associated to the ‘Brit Pop’ music scene of the 1960s and 1990s.”

Klopp Scoops Premier League Manager Of The Month For September