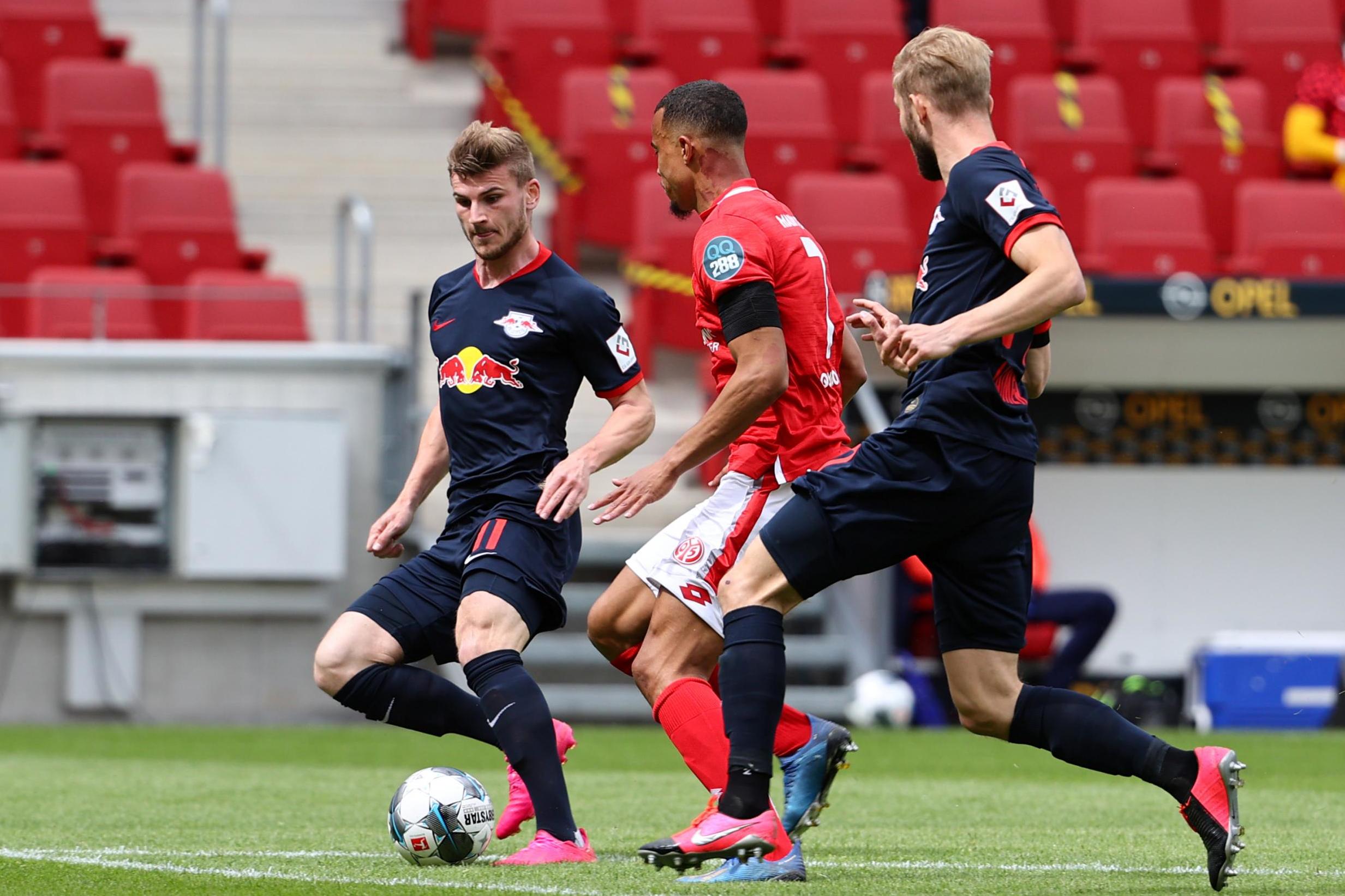 RB Leipzig striker Timo Werner provided a reminder of his goalscoring nous on Sunday as the Liverpool transfer target opened the scoring in a Bundesliga contest against Mainz in typically instinctive fashion.

The German international is currently regarded as one of the hottest striking properties in Europe and Standard Sport understands he features on Jurgen Klopp’s summer wishlist while also being linked with the likes of Manchester United and Chelsea.

Werner – compared favourably to Fernando Torres by former Bayern Munich stalwart Owen Hargreaves – has been particularly prolific during the 2019-20 campaign, scoring 21 in 25 appearances before the season was suspended due to coronavirus.

And while he drew a blank on the Bundesliga’s first weekend back during a frustrating 1-1 draw against Freiburg, the 24-year-old was quickly back among the goals on Sunday at the Opel Arena.

Leipzig had dominated from the first whistle, pushing back relegation candidates Mainz onto the edge of their own box, and it was no surprise when they took the lead after just 10 minutes.

Austrian midfielder Konrad Laimer, out on the right flank, showed great athleticism to get beyond Aaron Martin and fizz in a low cross to the near post.

Werner, who had been hanging on the edge of the box, arrived in the right place at the right time before slotting into the far corner from a tight angle to celebrate his 28th goal of the season across all competitions.