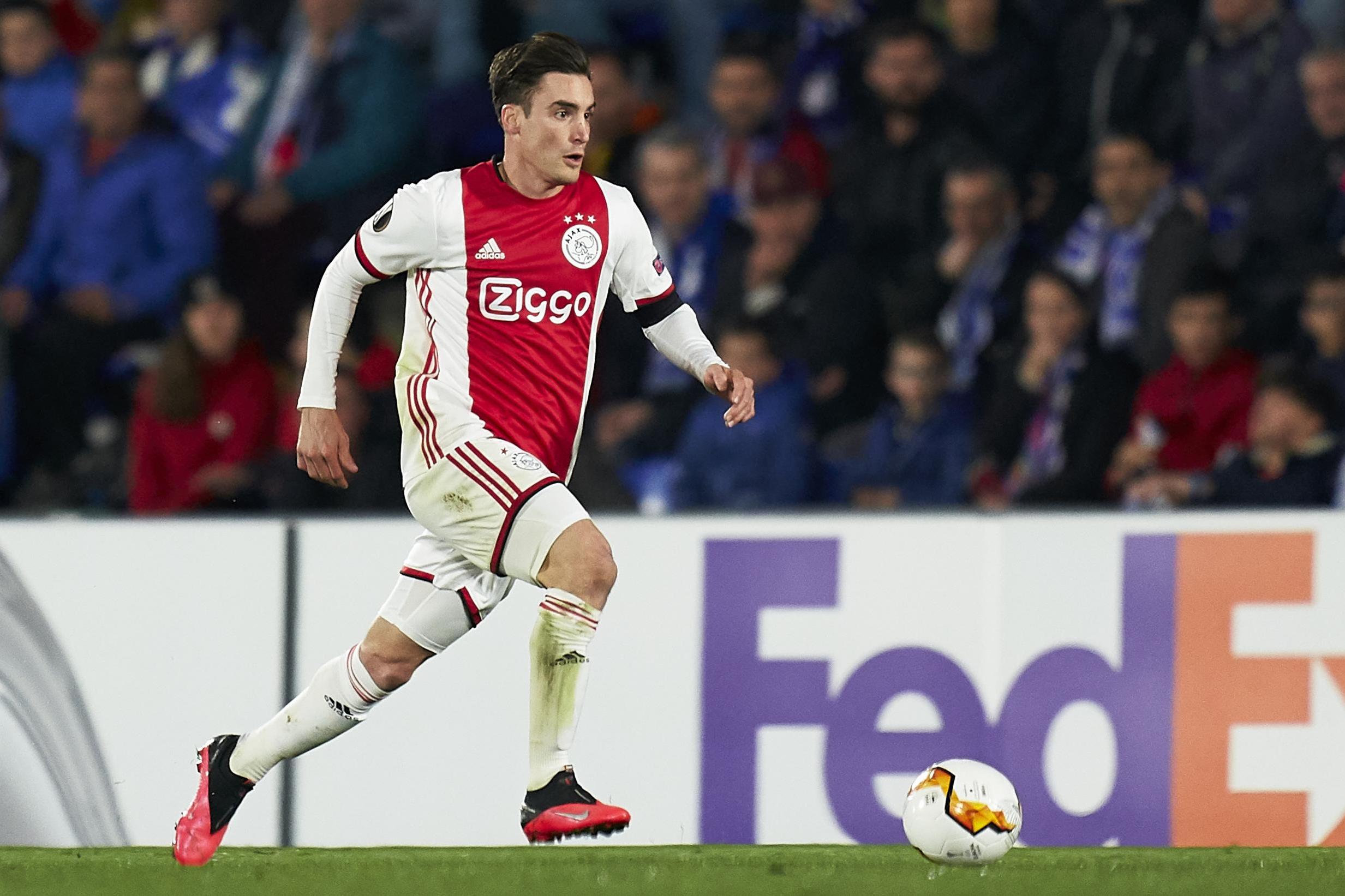 Premier League duo Arsenal and Chelsea have been handed a boost in the pursuit of Nicolas Tagliafico after his agent confirmed the full-back is looking to leave Ajax this summer.

The London clubs have both been heavily linked with the 27-year-old Argentine in recent weeks, while The Telegraph has reported Ajax are asking for £22.4million for a deal to be made.

The full-back was linked with a move to the Premier League last summer after an instrumental role in Ajax’s run to the Champions League semi-final, although reportedly no bids were ever made.

Tagliafico has made 99 appearances for Ajax across a two-year spell but may have played his final club for the Dutch giants after the Eredivisie was brought to an early conclusion due to the coronavirus pandemic.

As quoted by the Daily Star, Tagliafico’s agent Ricardo Schlieper said: “We are looking for a transfer for Tagliafico.

“We have agreed with Ajax that he would leave this year. After having spent two-and-a-half seasons at the club, it’s the ideal moment for it.

“If football goes back to being normal, a transfer could be done for Tagliafico.

“There are clubs that are interested but we have to see how everything pans out with football and the pandemic.

“I will never mention a name of the club we are speaking with because it hurts the negotiations for us and the player.”

Premier League backs plans to finish season by July 31 and...