Nigeria’s women’s national team have emerged winner of the best jersey of the 2019 FIFA Women’s World Cup staged in France. 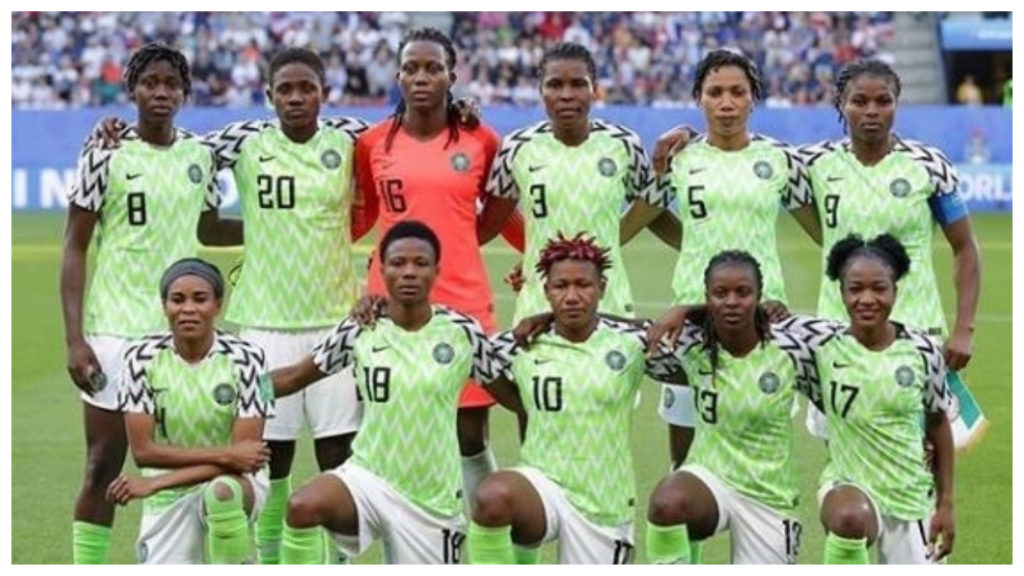 The Super Falcons clinched 50% of the total votes cast to edge out Australia and England who were second and third with 21% and 15% respectively. Germany was fourth.

The kit features a bright green-and-white zig-zag pattern spreading across the torso and the contrasting sleeves pay homage to the one kit worn in the mid-nineties.

FIFA tweeted that the jerseys were mentioned the most during the World Cup and decided to ask fans to choose their favourite in a poll on their handle.

It will be recalled that the Super Falcons booked their exit from the tournament after losing 3-0 to Germany in the round of 16.

The Africa champions recorded just a win against South Korea in the group stagE after four matches.