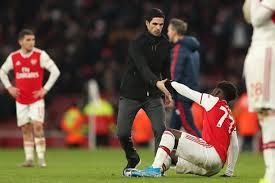 The Gunners are into the semifinals after Dani Ceballos’ 91st winner settled the tie 2-1.

Arteta said, “I am really pleased. This is a difficult place to come and get a win. We are back at Wembley. I am really happy with the attitude and performance of the players.

“It is a great opportunity to try and win a title and play in Europe. We have played four away games since the restart. Thank you to the Premier League for our calendar playing every three days. But we go again on Wednesday.

“I knew Sheffield United were going to have moments. They are so good at their game plans and putting teams under pressure. We conceded form a long throw which is so hard to defend. But we were able to win the game.”