Manchester United are exploring the possibility of bringing Monaco defender Benoit Badiashile to Old Trafford, according to reports in France. 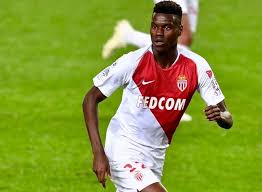 And he has continued his rise this season, making 20 starts in all competitions before the season was prematurely concluded

He has been watched on various occasions this season by a number of Premier League sides, with Chelsea, Tottenham and United linked

That will likely leave United in the market to sign a new centre-half and Foot Mercato (via Sport Witness) claims Badiashile is a strong contender.

As per the report, United scouts have been ‘seduced’ by Badiashile’s potential with the Red Devils ‘closely’ monitoring the teenager.

Previous reports had estimated that it would cost €40m to prise him away from Monaco. That’s after Bayer Leverkusen saw offers of €15m and €20m rejected for Badiashile.

However, the latest report adds it will now cost at around €30m to buy him and Man Utd ‘have chances’ to make him their player.

Solskjaer was giving little away when he spoke about United’s transfer plans this summer during Friday’s press conference.

He did, however, admit their finances could be impacted, backing up the report that sales may be needed first.

“I think the pandemic has hit everyone really hard,” he said when asked about his budget.

“I still think we need to wait and see how things are panning out. We need to know what kind of financial state we are in.

“You see some teams invest, some teams don’t. We’ll have to take a big look at things ourselves to see how hard we’ve been hit.

“I know the club has announced a few numbers before. It’s not right for me now to say, ‘we are going to have X amount’ because I don’t really know. We don’t really know how hard we’ve been hit

“We are financially a strong club – but we are also probably being hit more than anyone else.”