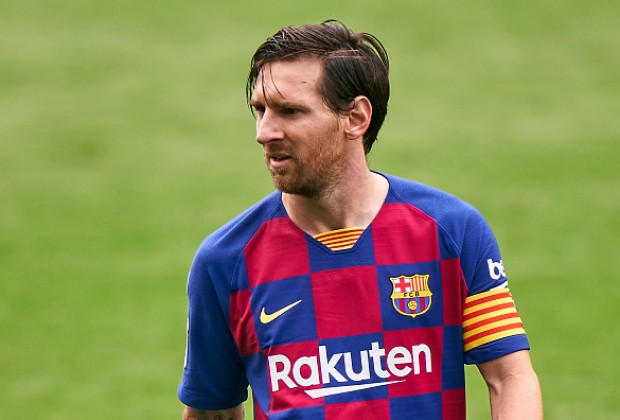 In the clip, taken from the drinks break, we see the masked Sarabia looking and speaking at Messi, who appears to take no notice of the coach.

Sarabia continues to look at Messi as the six-time Ballon d’Or winner walks away.

The video also shows what happened shortly beforehand. Messi turns away from a group chat, featuring Sarabia, mouthing some words while looking a little disgruntled

The footage doesn’t look great and has led to speculation in the Spanish press – including AS and Mundo Deportivo – that tension exists between Messi and Barcelona’s coaching staff.

After the match, reports in Spain suggested that a few Blaugrana players took their frustrations out on the managerial team, taking aim at Quique Setien and his assistant Eder Sarabia for decisions they made throughout the match.