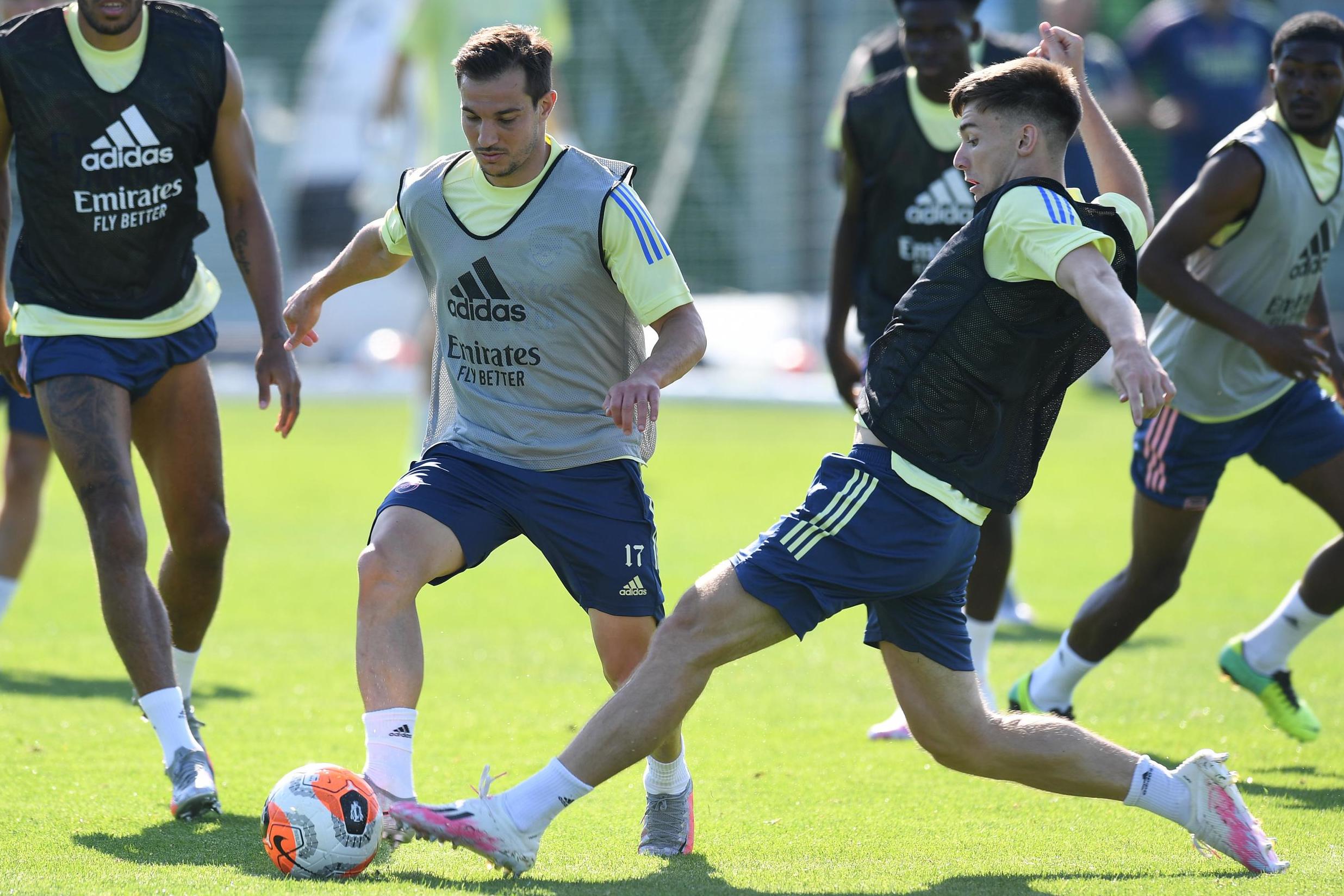 Mikel Arteta has a couple of injury concerns as he picks his Arsenal team to face Norwich City on Wednesday.

Defender David Luiz (knee) and midfielder Mesut Ozil (back) are doubts, while Lucas Torreira is still not fully fit from his ankle fracture in March.

As a result, Rob Holding is likely to come into the back-three and Sokratis could also be handed a first start since football returned this month.

Ahead of them, Cedric Soares is fully fit and could make his debut if Arteta gives him the nod over Hector Bellerin.

Granit Xhaka and Dani Ceballos should once again be partnered in midfield, with Matteo Guendouzi still yet to feature since the Gunners’ loss to Brighton.

In attack, Pierre-Emerick Aubameyang should return after being rested against Brighton and Eddie Nketiah is likely to come in for Alexandre Lacazette.

Zidane reveals ‘only thing’ that changed in Real Madrid since Cristiano...