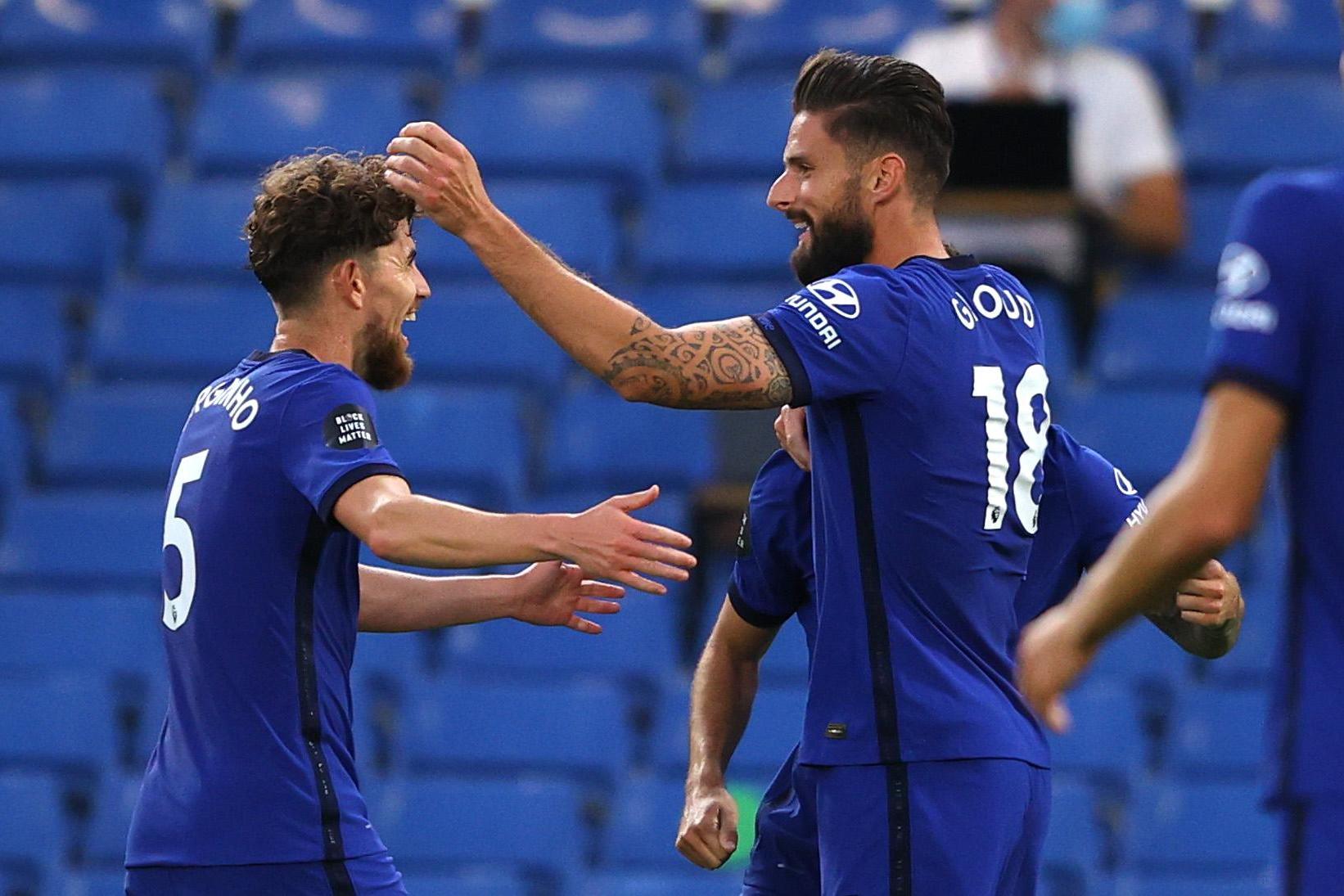 If Frank Lampard had his way and Chelsea signed a striker in January, then Olivier Giroud might now be a Tottenham player.

Lampard pushed to sign Edinson Cavani and Dries Mertens to fire Chelsea into the Champions League and Giroud was keen on a shock move to rivals Spurs.

But Lampard did not want to lose the 33-year-old France striker without signing a replacement and the Blues missed out on Cavani and Mertens.

Giroud was told he was going nowhere and since then he has become the man Chelsea have relied on to get them goals in their pursuit of a top-four finish.

He scored the only goal on Tuesday night to break Norwich’s resistance as Chelsea bounced back from their 3-0 defeat at Sheffield United and tightened their grip on third place.

Giroud made only two starts in the first half of the season, but since being recalled to the team against Tottenham in February he has six goals in eight Premier League starts.

He began the restart as first-choice ahead of Tammy Abraham and it is easy to see why Lampard was reluctant to allow him to leave. He is scoring important goals to help settle tight matches and is proving the man for the big occasion.

Giroud missed two chances before he scored, but his header just before half-time leaves Chelsea four points clear of Leicester and Manchester United, having played a game more.

“Even before lockdown he came in and was part of a few big results,” said Lampard. “He has never given me a problem. He has always trained brilliantly.

“When Tammy was playing well and staying in the team, [Giroud’s] professionalism was always good. I told him in January that I wanted him to stay and he was fantastic how he handled that. And he has continued to do that.

“He is an important character and is scoring important goals for us at the moment.”

Chelsea face tough games against Liverpool and Wolves in their final two Premier League matches. But their nervy win against relegated Norwich means the pressure is on Leicester and United to respond on Thursday.

Leicester host Sheffield United and United are at Crystal Palace. Hakim Ziyech, Chelsea’s new £38million signing from Ajax, was at Stamford Bridge to watch his new team and saw them labour for long periods.

The Blues once again struggled to break down opponents defending deep, but Lampard felt the players “showed a bit about themselves”, following their defeat to the Blades.

“There was a bit more personality in our game,” he said. “I want a bit more quality and we need to move the ball quicker, but I do not want to be too critical after three points at this stage.