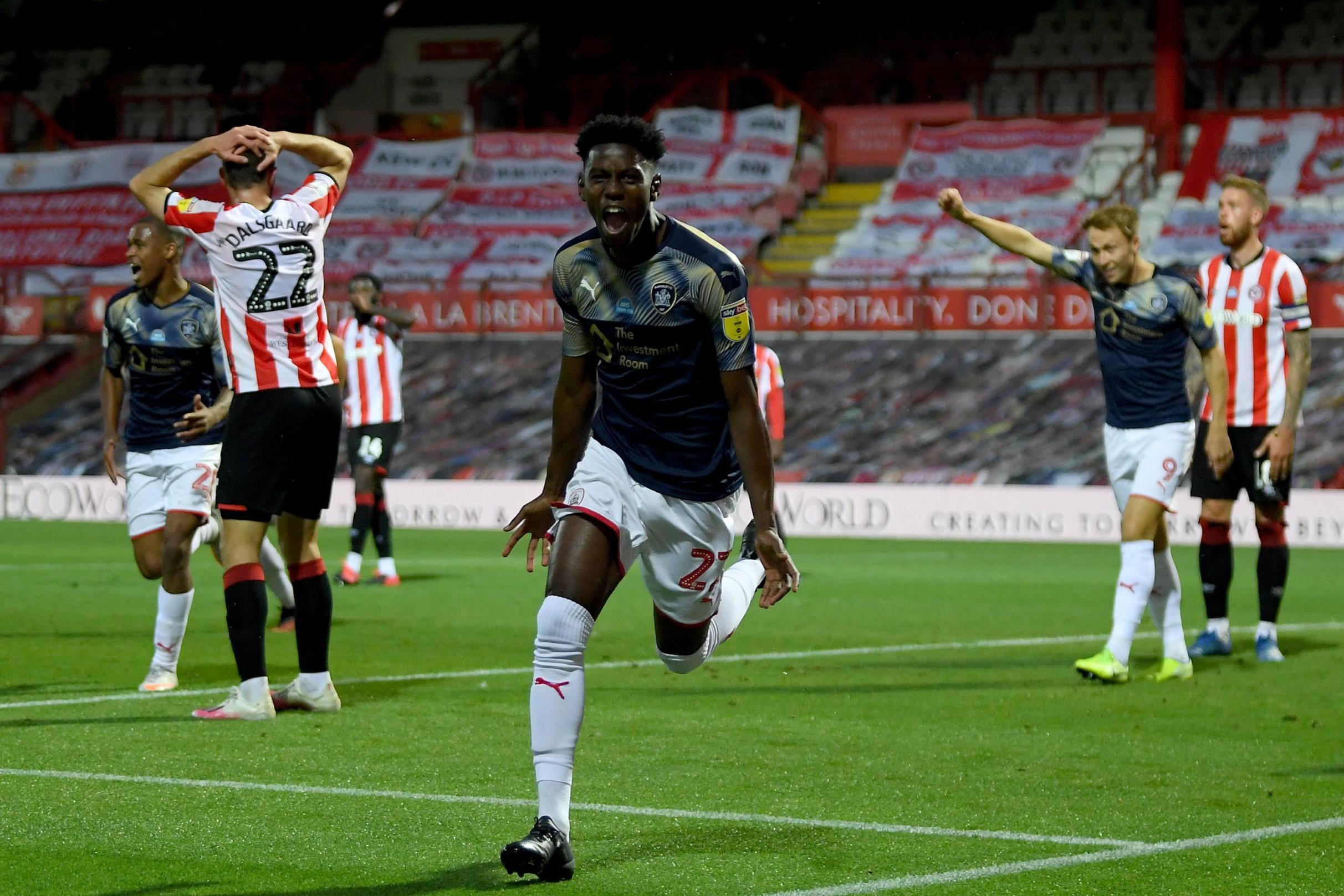 Thomas Frank could offer only two explanations. “This is football, and this is the Championship,” the Brentford boss said, when asked how his side – a winning machine riding high on a run of eight straight victories a week ago – had somehow failed to take a single point from two games when even a pair of draws would’ve seen them playing Premier League football next season.

They could still, of course, but will now have to do it the hard way, picking themselves up quickly from the agony of Wednesday night. For the second time in five days, they failed take advantage of a West Brom slip-up, this time going down 2-1 at home to Barnsley who, thanks to Clarke Odour’s late goal, completed a remarkable relegation escape.

“Right now, everything is tough but this is football and this is life, things happen sometimes that you can’t explain and you want to find answers. ‘Why? Why? Why?’ Sometimes there’s not a why. Football and life are never straightforward, this was definitely not straightforward. We need to go again, we need to pick ourselves up.”


To lift them will be perhaps the biggest task of Frank’s managerial career to date, particularly since their play-off semi-final opponents Swansea will be buoyant after burgling their way into sixth spot on the final day courtesy of a five-goal swing with Nottingham Forest.

“We can’t sit down and cry too long because that will never help anything,” Frank added. “A couple of nights’ good sleep and then we have to be ready to fight again.

“I know all the history about the teams coming into the playoffs late coming with the momentum and all that. We need to clear our minds. There’s only one way to get out of this and that is to fight back.”

While the performance in Saturday’s 1-0 defeat at Stoke had been disjointed, here it was panicked, an understandable but detrimental sense of desperation and urgency evident from the first minute, and only intensified by the relentless harrying of Barnsley’s pressing game, which, for the opening 45 minutes, deprived Frank’s side of any rhythm.

Even as news came through of QPR’s cat-amongst-the-pigeons opener at the Hawthorns, which briefly put the Bees into second, you feared Frank’s men might not uphold their end of the bargain, and when Callum Styles rifled home from Pontus Janson’s failed clearance soon after it was clear we were strapped in for a ride.

Then Bryan Mbuemo missed the Bees best chance of the half, his close-range effort pushed onto the woodwork by a terrific Jack Walton stop, while 100 miles north-west Grady Diangana and Callum Robinson scored either side of the interval to put the Baggies ahead and well on-course for promotion.

Again came QPR though, making a mockery of suggestions they might roll over and have their bellies tickled to deny their west London rivals promotion, as Eberechi Eze levelled things up with what may well prove to be a parting gift.

Back at Griffin Park, Brentford finally clicked into gear, or rather were jolted into it by the magnificent Said Benrahma, his run and trickery from deep inside his own half indirectly teeing up Josh Dasilva to curl home a beauty of a finish for his tenth goal of the season, an underrated contribution from midfield.

Those occasionally frustrated by Benrahma’s mercurial tendencies need only watch his displays since the restart to appreciate his evolution into a player who turns games with his drive and bravery in possession. He looked to have crafted what would have become the most valuable goal in the club’s history when curling into Ollie Watkins at the far post, but the killer instinct which the former-winger has developed so swiftly since his conversion to centre-forward deserted him at the crucial moment.

The kitchen sink had been thrown on, Sergi Canos, Tariqe Fosu and Mathias Jensen all more attack-minded than the players they replaced, but just as the board went up to signal a final, six-minute cavalry charge Odour snuck in unmarked round the back to give Barnsley their second stoppage-time winner in as many games sparking wild scenes.

Half-an-hour after full-time, it was they who were last to leave the pitch at Griffin Park in a fit of jubilation after the old ground’s final league game. Next week, Brentford will have one last chance to give it the send-off it deserves.