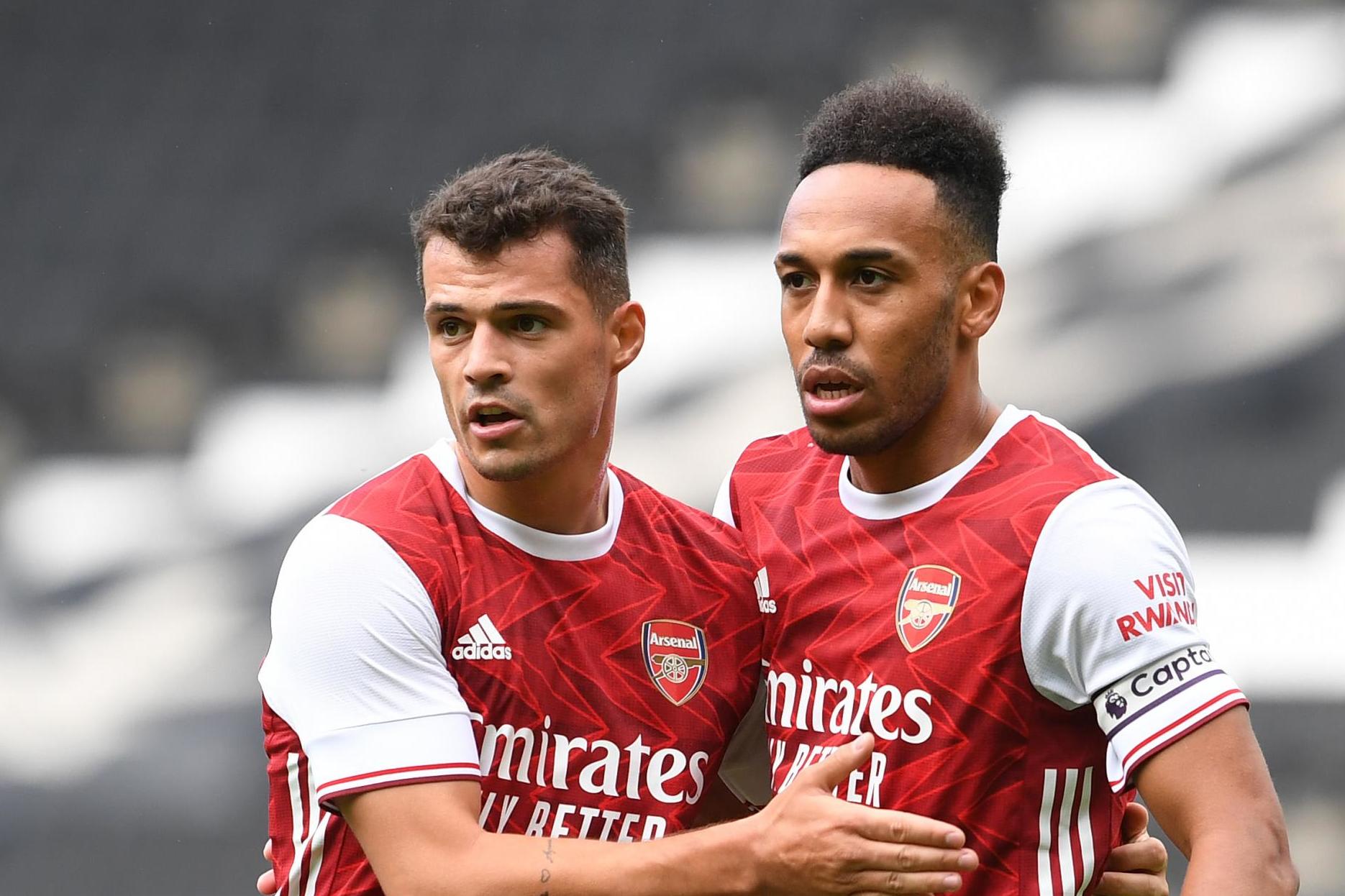 The Gunners warmed up for this weekend’s Community Shield clash against Liverpool with a comfortable 4-1 pre-season friendly victory over third-tier opponents on Tuesday evening.

Arsenal fielded a strong starting XI – featuring the likes of Bernd Leno, William Saliba and Pierre-Emerick Aubameyang – with a youthful bench at Stadium MK and opened the scoring inside five minutes when a mistake from MK Dons goalkeeper Lee Nicholls allowed Mohamed Elneny to fire home from distance.

Nketiah soon doubled that early advantage after good work from Cedric Soares and an incisive Bukayo Saka cut-back, but the hosts were still in the match at half-time after Rob Holding accidentally headed Regan Poole’s cross beyond Leno and into his own net.

The second half often lacked fluency due to the number of changes made by both sides, but Arsenal pulled away late on as teenage defender Mark McGuinness headed home from a corner and Reiss Nelson netted from the penalty spot.

Relive all the action as it happened with Standard Sport’s LIVE blog!

85 mins: Nelson confidently sends the goalkeeper the wrong way and rolls the ball into the bottom left-hand corner.

That is also to prove his last contribution as George Lewis – the young Norwegian winger recently signed by Arsenal after a successful trial – comes on for the final exchanges.

75 mins: That should be victory secured as 19-year-old defender Mark McGuinness rises highest to meet a corner from the right, powering a header into the back of the net.

73 mins: The number of changes have had a major effect on the quality of this game, with Arsenal’s young guns just lacking a bit of quality after a pass towards Smith Rowe is overhit and Nelson takes a poor touch.

MK Dons are knocking the ball around nicely with some strong passing patterns, but they lack cutting edge up top.

68 mins: Arteta uses the second-half drinks break to impart some animated wisdom on his young charges.

Can they pull away from their lower-league hosts in the final 20 minutes of this contest?

67 mins: No further opportunities to speak about as MK Dons make their own sweeping changes, with seven players – including one trialist – set to enter the fray.

60 mins: Arsenal’s youngsters are obviously trying to make an impression on Arteta here, but some brave goalkeeping by Nicholls keeps them at bay as we edge past the hour mark.

Nketiah, Elneny and Xhaka all make way. A very youthful Gunners XI for this final 30 minutes.

52 mins: The offside flag is raised at both ends, first to deny MK Dons after a well-worked move and again at the other end after Nketiah is found by Granit Xhaka and side-foots home.

Leno is then forced into a strong low save at his near post.

48 mins: Reiss Nelson was one of the Arsenal substitutes introduced at the interval.

He smartly flicks the ball away from Baily Cargill down the right flank, but his overhit cross sails out of play for a throw-in on the near side.

Back under way at Stadium MK.

The Arsenal team is back out for the second half. It looks like plenty of changes from Arteta, as expected.

A fast start from the Gunners courtesy of efforts from Elneny and Nketiah, but Holding’s own goal has the hosts right back in it.

You would expect a few changes at the interval…

41 mins: Aubameyang executes a lovely turn after receiving the ball to feet from Saka, affording him space away from marker Warren O’Hora.

His fizzed shot is parried by Nicholls and MK Dons manage to clear the subsequent corner.

39 mins: Aubameyang had an opportunity with a free-kick a few minutes ago, but ballooned the ball hopelessly into the stands.

Arsenal were then almost caught out as the hosts look to get back on level terms before the interval.

Substitute Brittain is helping to keep a good tempo going for MK Dons, who remain eager to build from the back and pass their way out of defence.

34 mins: The sniff of a real chance for Aubameyang inside the six-yard box, but the ball just gets away from him and is safely claimed by Nicholls.

Saka was in the wars again a few moments ago after a heavy challenge out on the right. Arteta won’t want to see anymore of that with the new season looming.

31 mins: MK Dons reduce the deficit just past the half-hour mark after some incisive passing play over on the right flank.

Former Manchester United youngster Regan Poole’s attempted cross is inadvertently deflected beyond a helpless Leno and into the back of the net off the head of centre-back Rob Holding.

TV channel: The match will not be shown live on UK TV.

The Gunners to increase confidence ahead of their Wembley return with a comfortable win in Buckinghamshire.