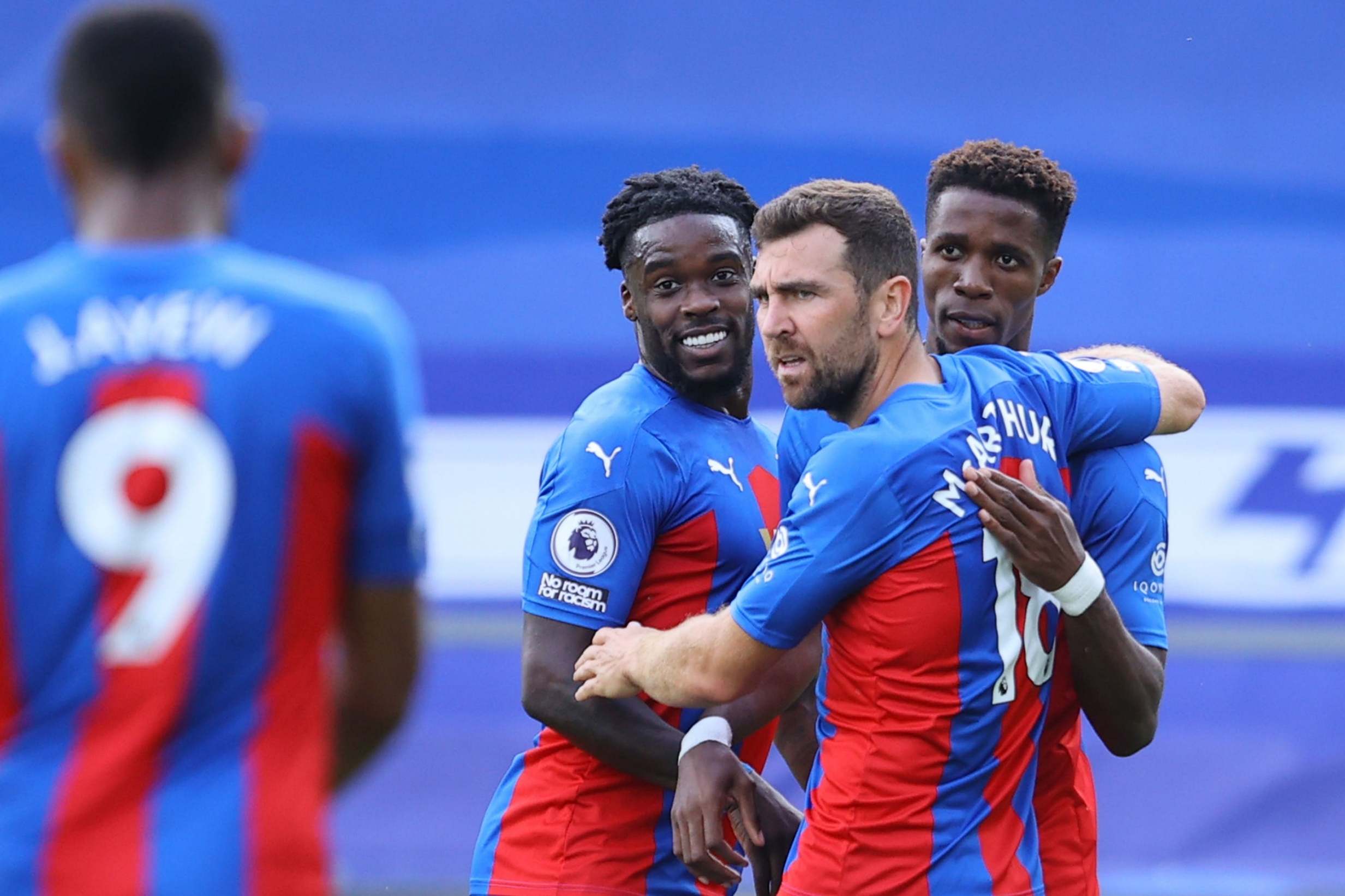 The Eagles kick off their Premier League campaign today against a team they expect to be competing with for a top-10 finish come May.

Palace finished last season with seven successive defeats before holding Tottenham to a draw on the final day. However, reinforcements in the shape of exciting youngster Eberechi Eze and returning loanee Michy Batshuayi, along with full-back Nathan Ferguson, has lifted spirits at Selhurst Park.

Southampton had just one pre-season friendly, compared to four for the Eagles, which may show in terms of fitness today.

Jack Rosser is at Selhurst Park, with George Flood running you through the action…

41 mins: Muted appeals for a Southampton penalty as Smallbone goes down under pressure from Mitchell.

Nothing given, with any contact looking to start outside of the box anyway.

40 mins: Tempers flare between Ward-Prowse and James McCarthy after a physical tussle close to the touchline.

A bit of pushing and shoving, but it soon simmers down and calm is restored.

37 mins: Zaha is frustrated with himself after getting a chance to run one-on-one at Stephens and drive into the box, but his touch is heavy and the ball rolls harmlessly out of play on the far side.

36 mins: Palace have a free-kick in a dangerous position wide left.

However, Southampton hold their defensive line well and Kouyate is rightly flagged offside as he tries to provide the finish.

Palace have really grown in confidence since the goal and have been doing well to restrict Southampton in the final third.

That awkward header is about the most we’ve seen of Ings, who has struggled for service so far.

33 mins: Southampton need to be careful here as they constantly look vulnerable to those long balls over the top.

Alex McCarthy comes racing out of his box to clear the latest attempt with Townsend looking to get in behind.

32 mins: Committed play from Ings, who contorts his body to reach Will Smallbone’s deflected cross from the right.

His flicked header to the near post was going wide anyway and is easily collected by Guaita.

30 mins: Bertrand wasteful in possession as we tick beyond the half-hour mark at Selhurst Park.

Palace look comfortable with that narrow lead as things stand.

29 mins: Almost a sniff of a chance for Ings, but Palace clear their lines effectively and Romeu commits a pressure-relieving foul.

27 mins: Palace are now looking very disciplined and well-drilled in defence, getting back in numbers and denying Southampton much space to operate.

25 mins: Rather unconvincing defending from Stephens as he concedes a cheap corner on the far side.

James McCarthy’s ball from the left is headed down by Dann and parried low by Alex McCarthy, with the offside flag then quickly raised against Jordan Ayew, who was looking to turn home the rebound from close range.

22 mins: Palace have looked the more threatening side after drawing first blood, with young left-back Tyrick Mitchell getting forward where possible.

Southampton are still seeing plenty of possession, but look short on ideas just at the moment.

Che Adams has struggled to get into the game and is well dealt with by Kouyate.

The speed of Townsend and Zaha – and no doubt later Eze – is likely to continue to cause problems, with the Saints’ full-backs pushing well up the pitch at every opportunity.

17 mins: A bit more confidence flowing for Palace now as a ball over the top exploits Southampton’s high line and Zaha looks to get in behind, only for Ward-Prowse to see off the danger.

That’s a huge goal for Palace on so many fronts.

Scoring at home was a real problem last season, as was scoring in the first half.

For Zaha to get his first goal of the year on the opening day after a bright pre-season will be vital for his confidence.

13 mins: It’s hardly been an impressive start from Palace, but Hodgson’s men are in front early on.

Again it’s that Townsend to Zaha counter-attack connection, with the former making no mistake this time with his cross to the back post.

Unmarked, Zaha has time to shape his body and cushion a lovely right-footed volley beyond the helpless Alex McCarthy.

12 mins: Stephens limps to the sideline and then gingerly makes his way back onto the pitch.

Probably just an impact injury, though something for Hasenhuttl to keep a close eye on.

10 mins: An injury concern inside 10 minutes for Southampton as Stephens stays down in need of treatment after a painful clash of knees while tackling Zaha.

Ralph Hasenhuttl sends substitute centre-back Jannik Vestergaard out to warm-up as a precaution.

How to watch on TV today and live stream details

TV channel: The match will be televised live on BT Sport 1 and BT Sport Ultimate, with coverage starting from just before kick-off.