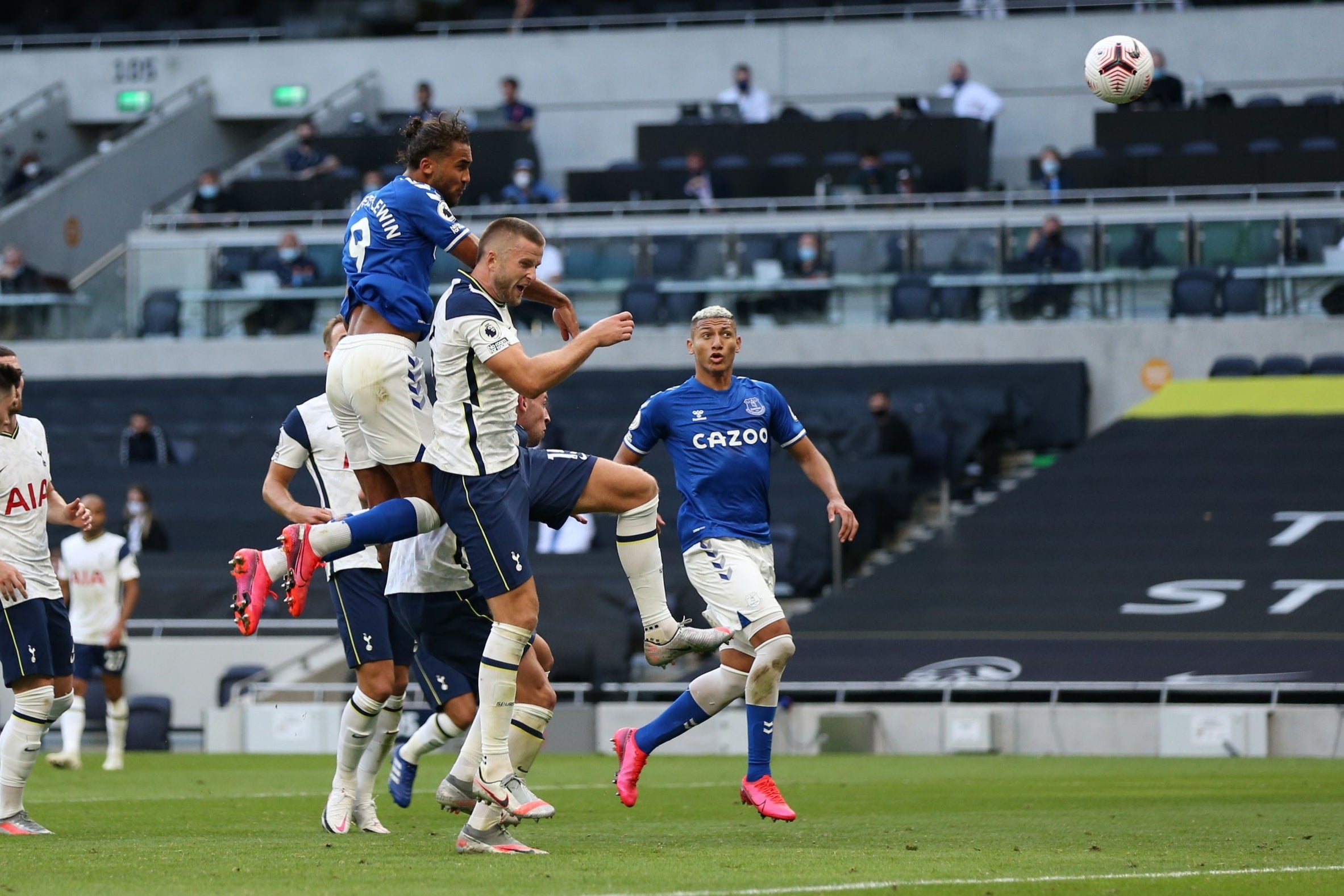 Welcome to the Evening Standard’s LIVE coverage of Tottenham vs Everton.

Jose Mourinho and Carlo Ancelotti were both appointed mid-season at Tottenham and Everton respectively, and today marks the start of their first full season in charge.

Today’s match marks the beginning of a hectic schedule for Spurs, who play nine matches in 22 days.

That schedule has only increased Tottenham’s need for further reinforcements, with Mourinho hoping to bring in another striker to add competition – and respite – to star man Harry Kane.

Dan Kilpatrick is at the Tottenham Hotspur Stadium today, and he – alongside Matt Davies – will bring you all the action from north London.

75 mins: Spurs make their final change of the match, taking off Doherty for Ndombele.

Sissoko has now moved to right-back, with Ndombele coming into the middle.

74 mins: It’s Coleman’s turn to have a strike on goal. sending a bouncing volley through to Lloris. There’s a distinct lack of drive coming from this Spurs side at the moment.

72 mins: Richarlison gets in yet again down the left. He cuts in once more and curls another shot wide of Lloris’ post. He’s got through time and time again down that left flank.

Something of a role reversal here, with Spurs now having most of the possession but Everton looking menacing on the counter-attack. Erik Lamela and Tanguy Ndombele are warming up for Spurs, with my money on the Argentine to be their third sub.

69 mins: Rodriguez plays in Richarlison down the left. He cuts in past Sissoko and wraps a right-footed shot that curls just beyond the post.

68 mins: Everton make their first change of the match. Gylfi Sigurdsson comes on for Gomes.

66 mins: In the last five minutes, Everton have had 74 per cent of the possession – Tottenham are really struggling to get into this.

65 mins: Sissoko plays a brilliant ball through to Bergwijn on the left. He finds Son in the box, but he hesitates and Everton get back comfortably.

64 mins: Calvert-Lewin shows his threat once more with an excellent touch to turn past Dier who is struggling out there. He overhits a pass to Richarlison, however, and Sprus clear.

62 mins: Everton are very comfortable out there in this second half. Tottenham are yet to have a single shot on target in approaching 20 minutes of play.

59 mins: Tottenham make their second change of the game, bringing Winks off for Bergwijn. Sissoko will now go into the midfield two.

Everton’s goal has been coming. The Toffees have started the second half far stronger and Richarlison should really have scored at the back post from James’ cross before Calvert-Lewin’s thumping header.

Everton have threatened early in this second half, and finally they get their rewards.

Calvert-Lewin gets up above Dier from Digne’s terrific free-kick to head into the top corner.

New signing Doucore does incredibly well to slide in and intercept, however.

52 mins: Another chance for Everton! Rodriguez finds Richarlison with a pin-point through ball over the top, but the Brazilian can’t get enough on the header and Spurs clear.

Hojbjerg is then disposessed in the Spurs box, before Gomes sees his shot blocked out for a corner by Alderweireld.

50 mins: It’s been a quiet start to the half for both sides, but Everton quickly break down the left with Calvert-Lewin. He cuts it back to Rodriguez, who skews his first-time effort wide from 12 yards out.

47 mins: Tottenham have the first corner of the second half, and it’s Son who swings it in once more. Again, he fails to beat the first man and Everton clear.

We’re underway in this second half, and Spurs have made a change at the break, bringing on Sissoko for Alli.

You feel it will be Carlo Ancelotti who returns to the dressing room as the happier manager there.

His side have looked dangerous going forward and entirely comfortable with the ball.

It was the visitors who had the best chance of the half, Richarlison blasting over after rounding Lloris following a poor ball from Davies.

Spurs have chances of their own, however, primarily through Doherty, Alli and Son. Kane has struggled for any real service, though.

Tottenham look slightly short of ideas in midfield – the likes of Ndombele, Lamela and Bergwijn could play a big role in this second half.

TV channel: The match will be televised live on Sky Sports Main Event and Sky Sports Premier League, with coverage starting from 4pm.