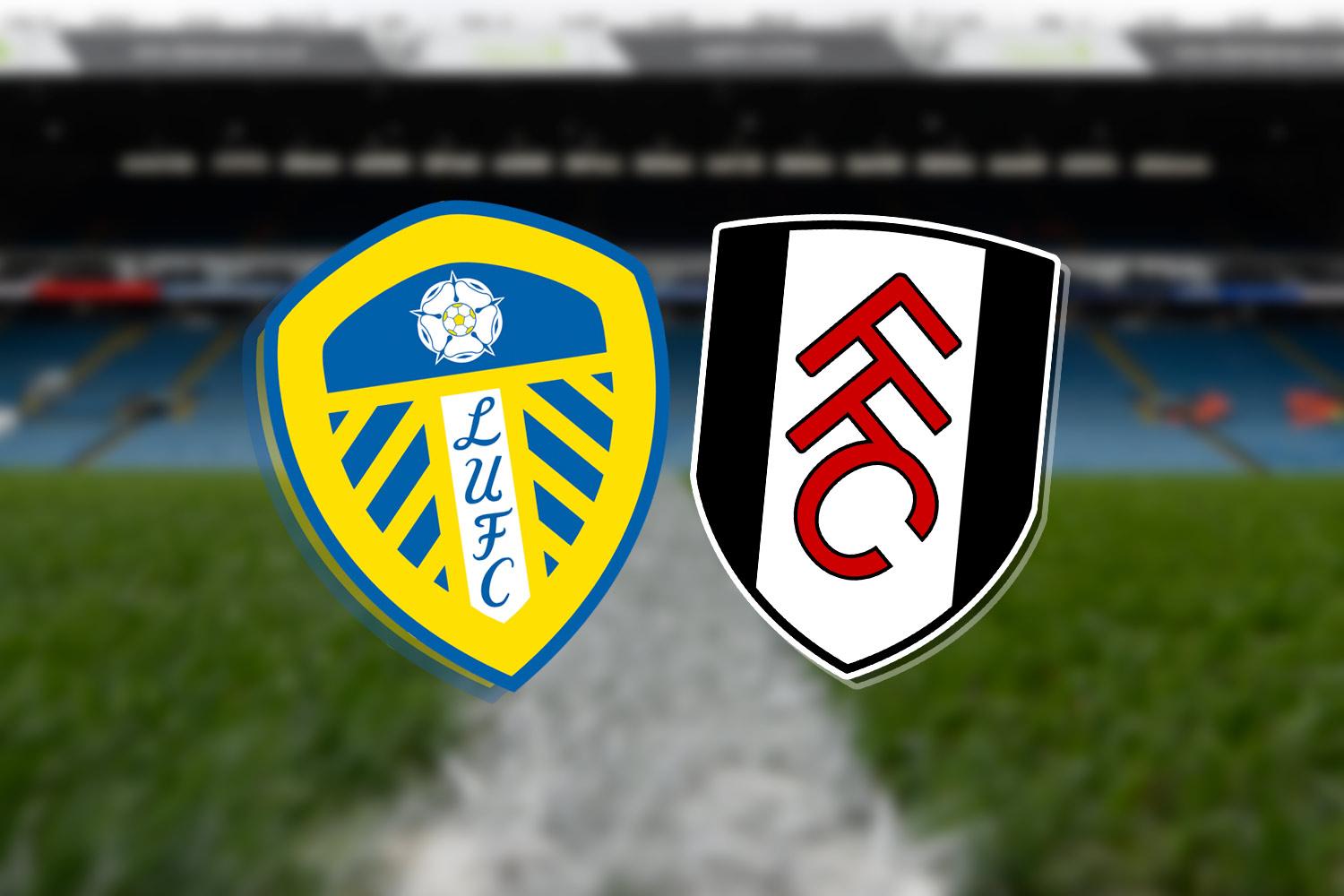 Scott Parker’s men will search for their first points of the Premier League season against fellow-promoted side Leeds this afternoon.

Defeat to Arsenal demonstrated the drastic jump from the Championship to the Premier League, but it will be against the likes of Leeds where Fulham will be more hopeful of gaining their points.

That said, Leeds proved they could mix it with the best in their opener, falling to a narrow 4-3 defeat to Premier League Champions Liverpool.

With kick-off at 3pm BST, follow the action with Matt Davies!

19 mins: Leeds are presented with another opportunity to swing it into the Fulham boss with Philipps standing over a free-kick on the right.

Areola does well to emerge from his line and punch clear.

17 mins: After a somewhat disastrous start, Fulham have certainly clawed their way back into this. Though Leeds have been largely untroubled at the back, it must be said.

Perhaps Fulham are missing that bit of quality in the middle from Cairney.

14 mins: Bryan swings in another Fulham corner, which ‘keeper Meslier punches clear. It falls to Reed at the edge of the area, whose volleyed effort sails harmlessly over.

Hector looks as if he’s got a free-header at goal from a corner. And indeed, he wins it, but Koch does ever so well to get back and divert it behind for another corner.

10 mins: Fulham haven’t clicked into gear yet, perhaps summed up best by a rather loose pass from Hector that dribbles straight out of play. Leeds on top.

7 mins: Leeds have another corner, which Fulham clear this time. The ball is swung back in, however, but Rodrigo’s touch lets him down.

Wow! What a start for Leeds! Cooper flicks on the corner to an unmarked Costa, who took a touch and lashed a volley off the bar and into the roof of the net.

5 mins: Leeds now burst forward for the first time in the game with Helder Costa, whose ball forward is cut out for a corner.

3 mins: Fulham are presented with the first opportunity of the match as captain Cooper brings down Mitrovic needlessly just ten yards outside the box.

Joe Bryan whips it near post looking to catch out Meslier, but his effort is dragged wide.

1 min: With Leeds kitted in all white, Fulham have switched to their bold red strip this afternoon. And it’s they who have started the match with possession.

Here we go! Kick-off is just five minutes away. This is a fixture both clubs will be looking to get points in!

But who will come out on top?

With West Brom falling to a second successive defeat, it means the promoted clubs are yet to earn a point in the Premier League this season.

With Fulham and Leeds coming head-to-head today, that will all change, however.

Leeds beat Fulham 3-0 at Elland Road last season, but this is the Premier League now. It makes for an intriguing match-up.

We can now bring you the final result in today’s early fixture, as Everton strolled past West Brom to win 5-2.

Dominic Calvert-Lewin stole the show with an impressive hat-trick, while James Rodriguez got off the mark with his first goal of the season.

The Toffees now move to the top of the table after securing two wins from two.

It’s Leeds who have been the more successful of the two in this fixture historically, winning 23 of their 57 meetings, as opposed to Fulham’s 19, alongside 15 draws.

The pair shared the spoils last season, with Leeds winning 3-0 at Elland Road but losing 2-1 at Craven Cottage.

Having strolled to Championship promotion, Leeds will be confident they can get their first win of the Premier League campaign against Fulham.

Though their trip to Anfield was essentially a free pass, the hosts will be under pressure to get points in what should be one of their more routine fixtures throughout the season.

They’ll come up against a hungry Fulham side, who will be desperate to avoid two successive defeats to start the season.

Scott Parker has made four changes to the side that lost 3-0 to Arsenal in their first game back in the Premier Leauge.

The eyes are instantly drawn to Aleksandar Mitrovic, who starts up top, with goalkeeper Alphonse Areola and Dutch defender Kenny Tete making their debuts.

Just the one change for Leeds!

Marcelo Bielsa has opted for just one change from his side that almost caused an upset in their 4-3 opening day defeat to Liverpool last Saturday.

And it’s a big one – their captain Liam Cooper returns to the team after overcoming a calf problem.

He replaces Pascal Struijk in defence.

How will Fulham line up?

Leeds vs Fulham is scheduled for a 3pm BST kick-off on Saturday, September 19.

This match will be played behind closed doors at Elland Road with no fans due to be present due to government guidelines regarding coronavirus.

TV channel: The match will be televised on BT Sport 1, with coverage following Everton’s fixture against West Brom.

Leeds could be set for a major boost with captain Liam Cooper fit and in line to return to the side.

The defender was clearly missed as Leeds shipped four goals against Liverpool, looking frail at the back regardless of the obvious attacking talent they were up against.

As for Fulham, Alexander Mitrovic could be in line for his first Premier League start of the season, which would see Aboubakar Kamara drop to the bench.

Midfielder Stefan Johansen also remains a doubt with a foot injury, while Jean Michael Seri will be assessed after returning from injury.

Having strolled to Championship promotion, Leeds will be confident they can get their first win of the Premier League campaign against Fulham.

Though their trip to Anfield was essentially a free pass, the hosts will be under pressure to get points in what should be one of their more routine fixtures throughout the season.

They’ll come up against a hungry Fulham side, who will be desperate to avoid two successive defeats to start the season.

It’s Leeds who have been the more successful of the two in this fixture historically, winning 23 of their 57 meetings, as opposed to Fulham’s 19, alongside 15 draws.

The pair shared the spoils last season, with Leeds winning 3-0 at Elland Road but losing 2-1 at Craven Cottage.