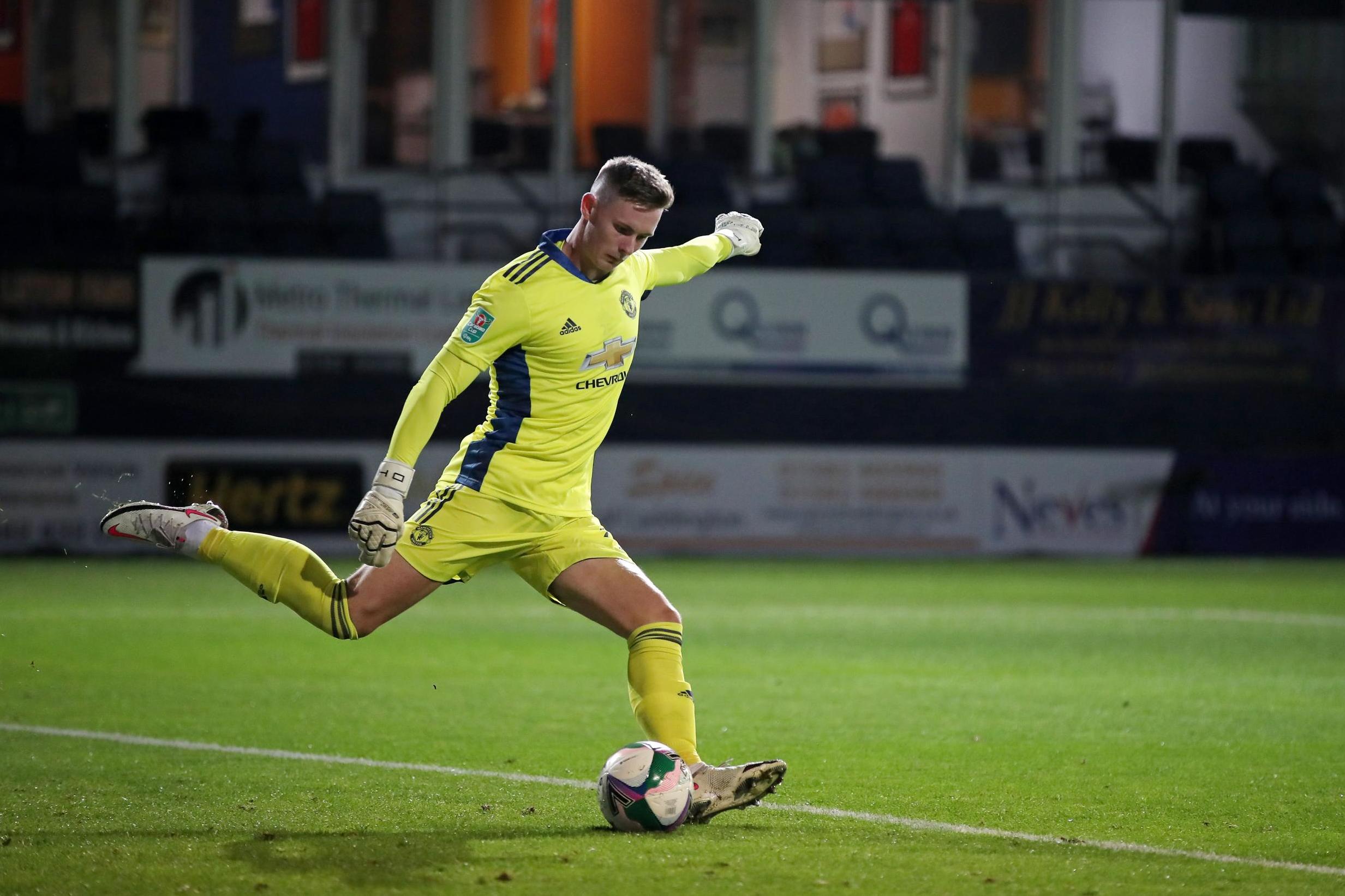 Ole Gunnar Solskjaer singled out the performance of Dean Henderson as Manchester United defeated Championship side Luton 3-0 to progress through to the Carabao Cup fourth round.

Goalkeeper Henderson, who was handed his United debut at Kenilworth Road, made a crucial stop with 10 minutes remaining with his side holding a narrow lead, expertly keeping out Tom Lockyer’s close-range header.

United put the game to bed swiftly after that, as goals from substitutes Mason Greenwood and Marcus Rashford set up a fourth-round tie against either Preston or Brighton.

There have been significant calls over recent months for Henderson to replace David de Gea as United’s first-choice option between the posts.

And when asked what positives he had taken from the match against Luton, Solskjaer quickly praised the former Sheffield United loanee’s confident display.

“Going through, that’s the big thing,” Solskjaer told Sky Sports. “There were some positives: you’ve got a ‘keeper back there who did his job, we scored some nice goals towards the end and you could see the impact [the substitutes] had.

“Apart from that, it was a good workout.”

On Henderson’s crucial save, he added: “That’s probably the job our ‘keeper has to do. You’ve got to stay positive and make saves when needed.

“David’s [De Gea] done that for years and years and Dean did that today.”

Solskjaer also confirmed that Jesse Lingard remains part of his plans after the England international played the full 90 minutes against Luton.

Lingard has been heavily linked with a move away from Old Trafford, with reports claiming that Jose Mourinho wants to reunite with the midfielder at Tottenham.

Asked whether Lingard still has a future at United, Solskaer said: “Yeah, I thought he was bright, getting closer to a goal. He’s got legs and he looked bright and busy today.”