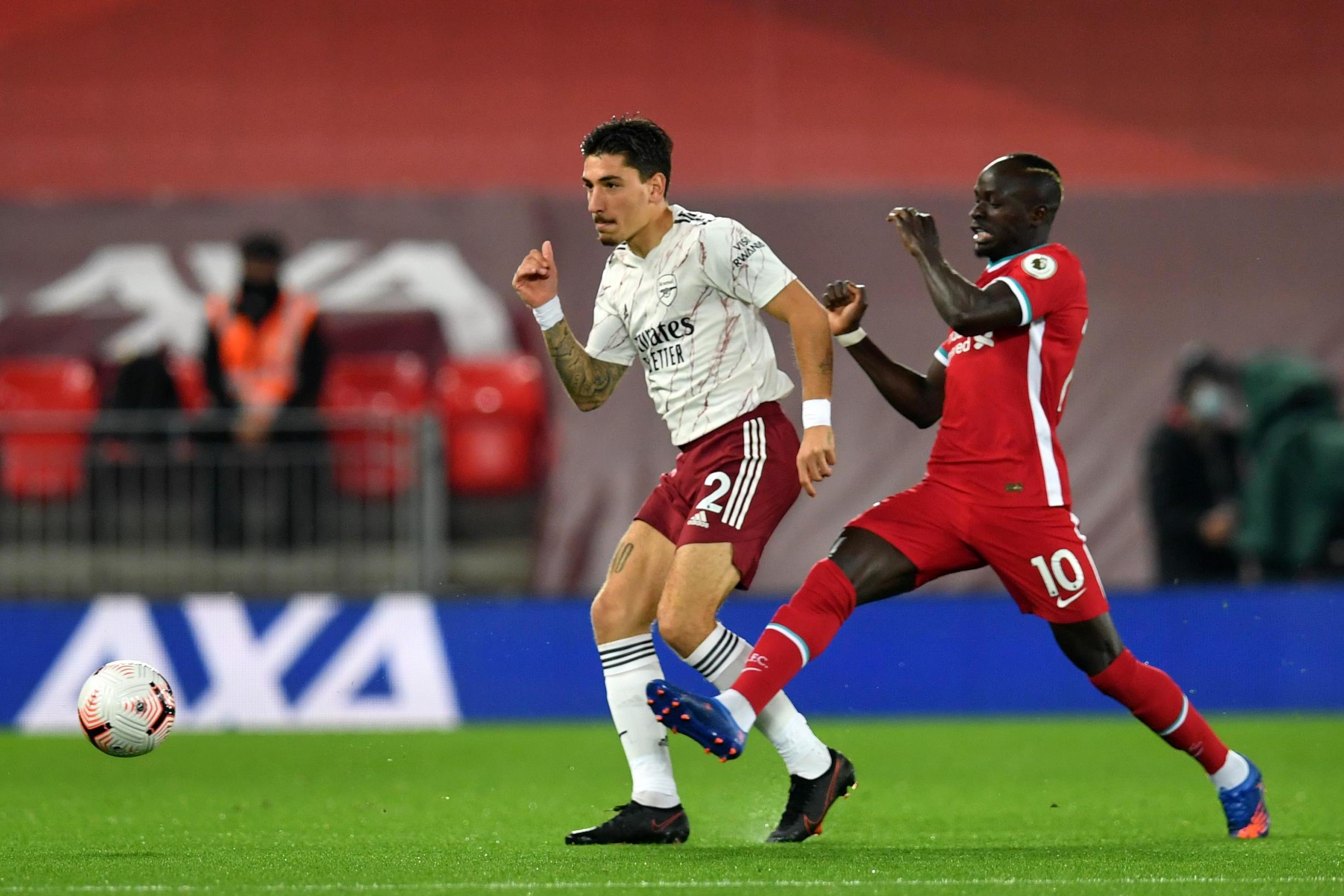 Arsenal defender Hector Bellerin rued the “fine margins” which cost them in their 3-1 defeat against Liverpool, but believes the squad are improving every day under Mikel Arteta.

The Gunners took the lead at Anfield against the run of play after Alexandre Lacazette seized on Andy Robertson’s error to strike home.

But two goals in quick succession from Sadio Mane and Robertson got the Reds back in front and a late strike from debutant Diogo Jota sealed the points as Arsenal suffered their first defeat of the season.

Lacazette was made to rue missing a golden chance midway through the second half, shooting straight at goalkeeper Alisson Becker with the game in the balance at 2-1.

Having been in a winning position at Anfield – something very few teams accomplish given Liverpool are now 61 games unbeaten in the league at home – Bellerin was frustrated with the crucial errors that decided the game.

“I think with the chances we were creating I felt we had chances of drawing or winning the game,” the Spaniard told Sky Sports.

“When you come to Liverpool away you have to score your chances and not commit the mistakes we made.

“The difference is very fine margins. We made mistakes in the goals and our chances didn’t go in.”

Despite the negative result, the 25-year-old believes their spirited performance in the second half shows the extent of their improvement under Mikel Arteta.

“We were way more effective [than] in other games we played against them,” he added.

“We gave them a good fight but we’re frustrated. We’re getting better every day.”

WE ARE STILL REBUILDING- COACH ABDALLAH.