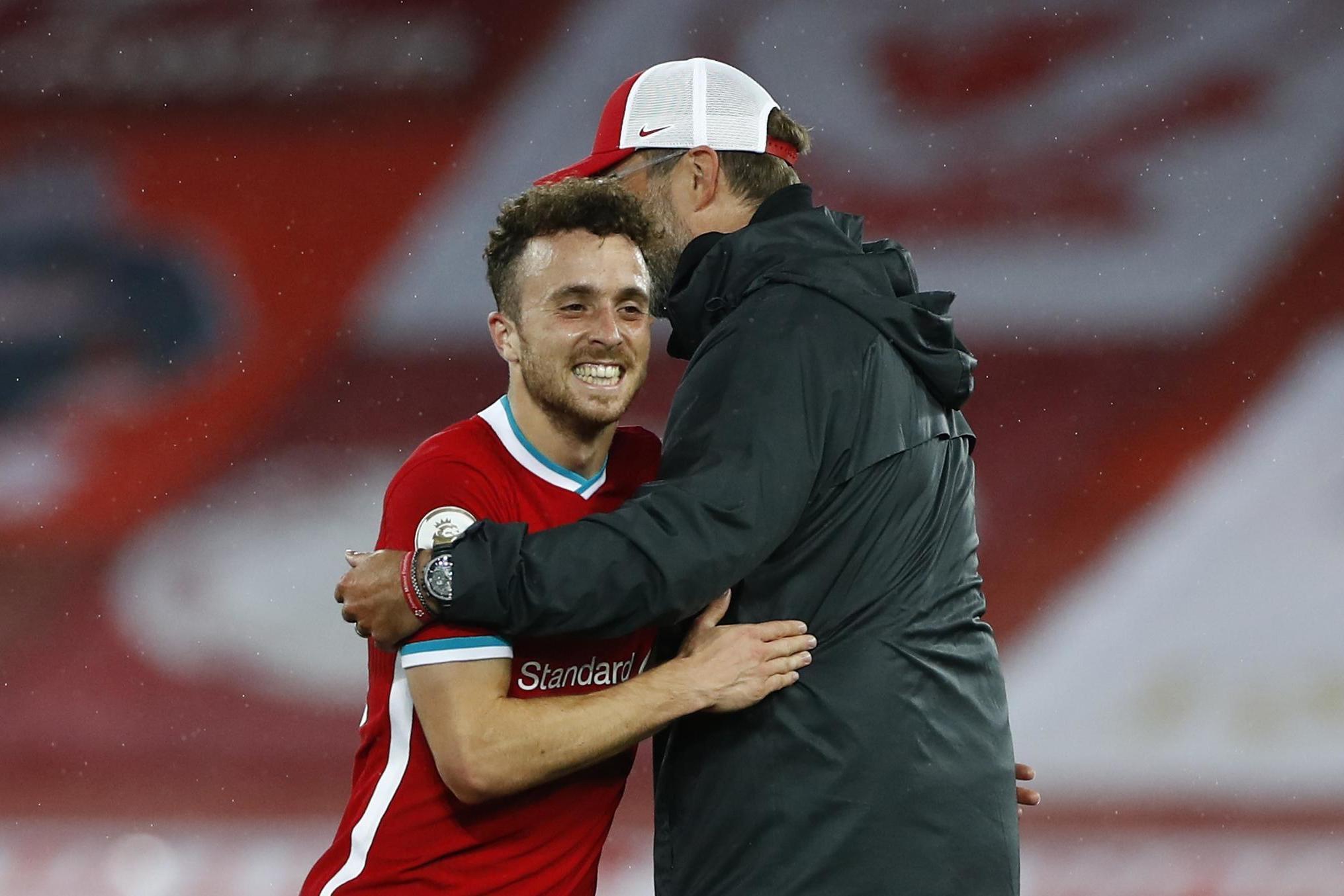 Jurgen Klopp hailed Diogo Jota after a goalscoring Premier League debut for Liverpool and revealed that his latest signing is only at ‘20 per cent’ in his understanding of his new team’s approach.

With the Reds holding a narrow lead over Arsenal going into the final 10 minutes, the Portuguese was given his Anfield bow as he replaced the impressive Sadio Mane.

And he delivered in fine style, scoring the goal that sealed all three points for the champions from just inside the area with two minutes of normal time remaining.

Speaking after the 3-1 win, Klopp was understandably pleased with Jota’s contribution, though he insisted the 23-year-old still has much to learn.

He said: “Jota came on, just played natural, his football. [He] tried to defend the way we defend.

“He’s on 20 per cent of information on what we do exactly. We had meetings to talk about but it all will take time and today he had like 60/70 minutes’ time to see how Sadio is doing it, and came on the pitch and did incredibly well.

Although their win was only secured late on, Liverpool were in dominant mood against Mikel Arteta’s men on Monday evening.

Reflecting on the performance as a whole, Klopp added: “It was a really good game, I loved pretty much each second. I didn’t like obviously the goal we conceded but the reaction afterwards I really liked a lot.

“We were dominant, we played football, we were difficult to defend, attitude great, played some really great stuff.

“Arsenal had not too many but some chances because they have real quality.

“Most of the moments they had were offside so good defending but Ali made a save anyway so it was all good. A really good performance.”