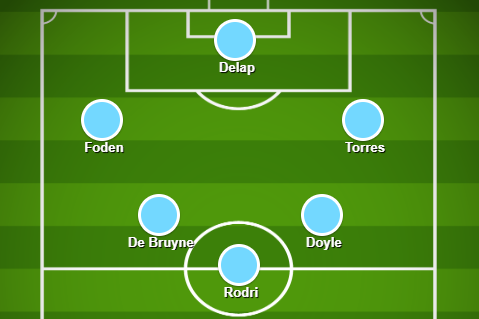 Pep Guardiola is likely to field a much-changed side again as Manchester City look to bounce back from Sunday’s stunning defeat to Leicester.

Guardiola is coping with a raft of injury absentees at the start of the season, with City’s lack of options ruthlessly exposed in their 5-2 defeat at the Etihad.

They face Burnley in the Carabao Cup on Wednesday, with their manager set to turn to their academy talent in a bid to contend with a hectic fixture schedule.

Liam Delap announced himself to City fans with a debut goal against Bournemouth last week – and he came on against Leicester in the absence of the injured Sergio Aguero and Gabriel Jesus.

Fellow academy graduate Tommy Doyle could also start after also playing in the last round of the competition.

Guardiola insisted he would get a response after Sunday’s defeat.

“I am not going to give up, I am going to try to find solutions,” he said. “Yes of course it’s tough, we have to accept it, it’s still the second game.”

Aina In Shock Home Loss With Torino Against Lowly Lecce