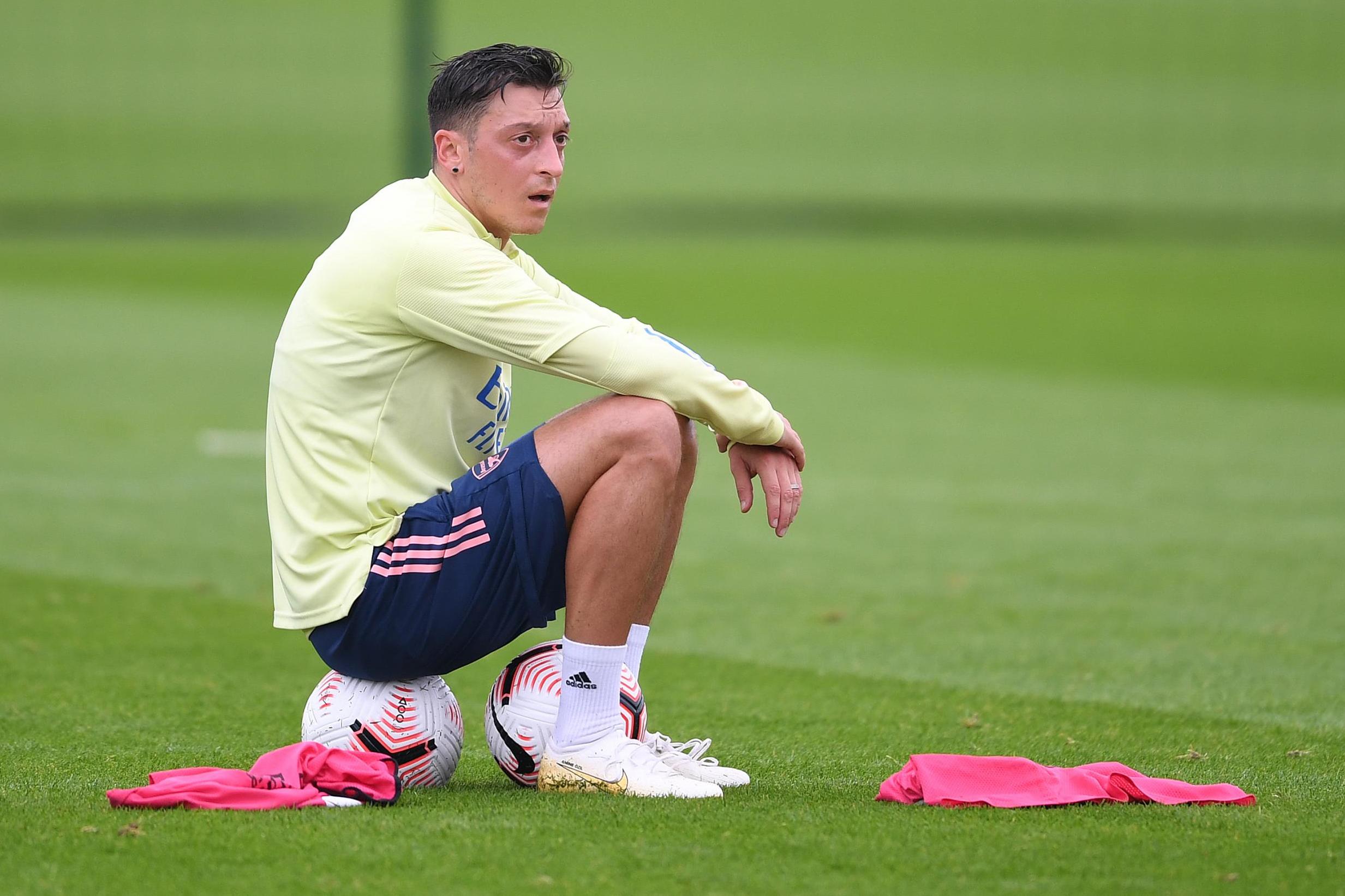 Mesut Ozil’s hopes of a revival at Arsenal were due to be dealt a hammer blow on Tuesday with the German set to be left out of the club’s Premier League squad.

The midfielder, along with defender Sokratis Papastathopoulos, was left out of Arsenal’s squad for the Europa League earlier this month.

The club will today submit their squad list for the Premier League and Ozil, along with Sokratis, was set to be left out.

That means both players face the prospect of playing no competitive football until January when the transfer window opens.

Arsenal currently have 19 non-homegrown players over the age of 21, two more than the limit allowed by both the Premier League and Uefa, and that has cost both Ozil and Sokratis.

Ozil, who is into the final year of his £350,000 a week contract, is yet to play for Arsenal this season and he last turned out for the club all the way back in March.

The 32-year-old has publicly and privately stated he has no plans to leave before his deal runs out and he is still determined to get back in the side.

Meanwhile, Danny Rose has been left out of Tottenham’s Premier League squad, having already been stripped of a squad number and told to train alone.

The England left-back is out of contract at the end of the season but failed to secure a move away from the club in the transfer window.

Paulo Gazzaniga and Gedson Fernandes have been included after missing out on the club’s Europa League squad because Ben Davies, Matt Doherty and Joe Rodon all count as homegrown under Premier League rules.

Crystal Palace, meanwhile, had a decision to make as to whether they included right-back Nathan Ferugson, who is recovering from a knee injury.

Tottenham boss Jose Mourinho must work with what he’s got Daniel...