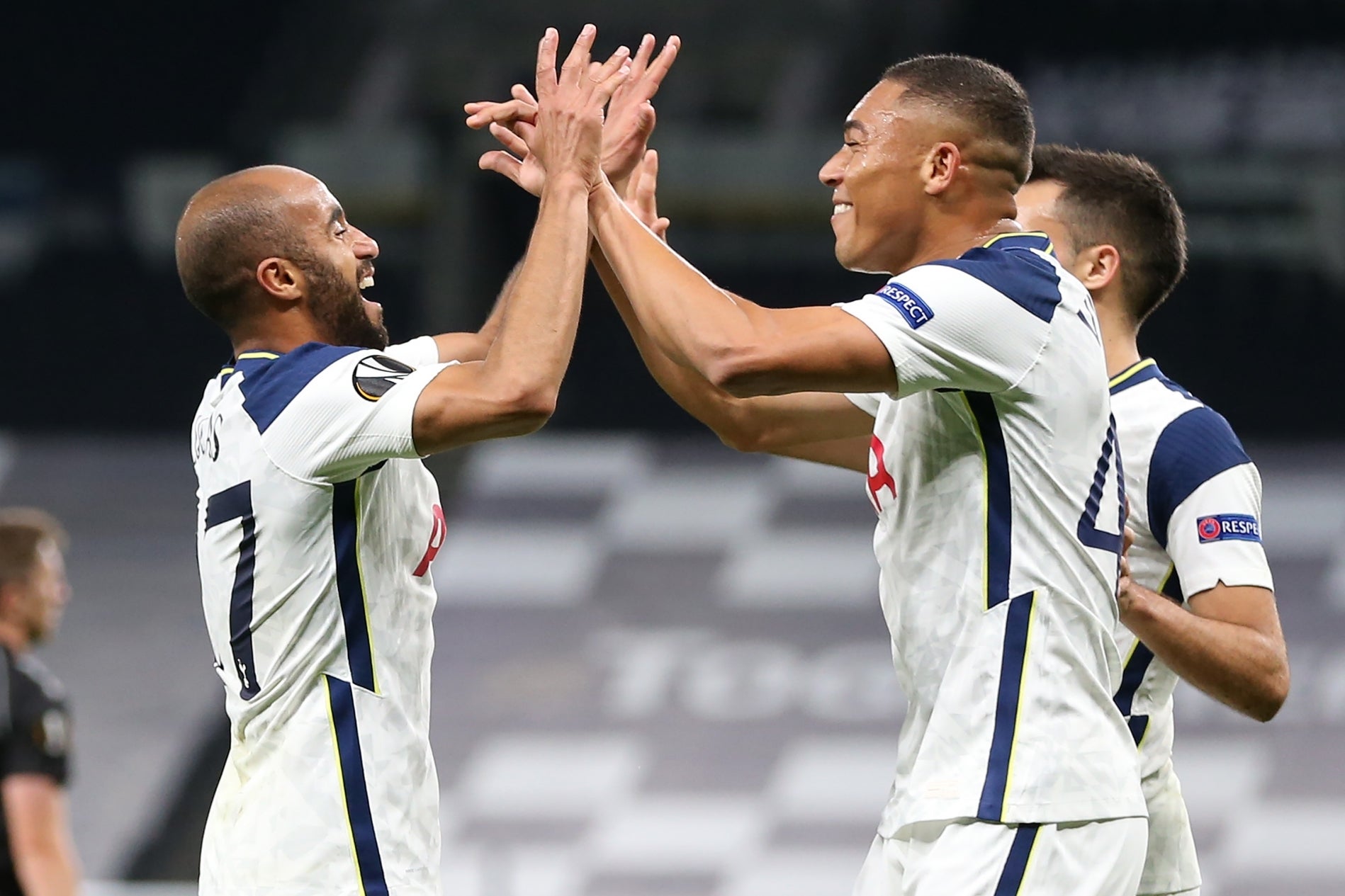 Tottenham boss Jose Mourinho says Carlos Vinicius is still learning and adapting at Tottenham and can play better than he did against LASK on Thursday night.

The Brazilian striker – signed from Benfica on a season-long loan earlier this month that includes the option for a £38.2million permanent deal next summer – generally impressed on his first Spurs outing in the Europa League, not allowing a glaring early miss to affect his confidence as he laid on a pair of assists for compatriot Lucas Moura and substitute Heung-min Son.

Vinicius’ ability to provide a quality like-for-like replacement for talisman Harry Kane – who remained on the bench as the hosts cruised to a 3-0 win in their Group J opener against Austrian opponents on home soil – will provide a huge boost for Tottenham on multiple fronts during a particularly hectic season.

And while Mourinho was content with the 25-year-old’s first display in Tottenham colours, he clearly believes there is much more to come as he gets to grips with the new style of play and obvious language barrier.

“He played well but he can do better,” Mourinho said of Vinicius in his post-match press conference.

“He is a bit of a shame still, it is not easy not to speak English so the adaption to the group, in spite of having amazing guys that try to make him feel well, is not easy.

“Different football, different way to play, to think, learning the way we press, learning the attacking movements. He is still in a learning process, Vinicius can be much more than this.

“But first match I am really happy, the only thing that was missing was a goal. But we can see he is much more than, he is not selfish, he is a good target man.”

Man Utd ease pressure on Solskjaer with win at Everton