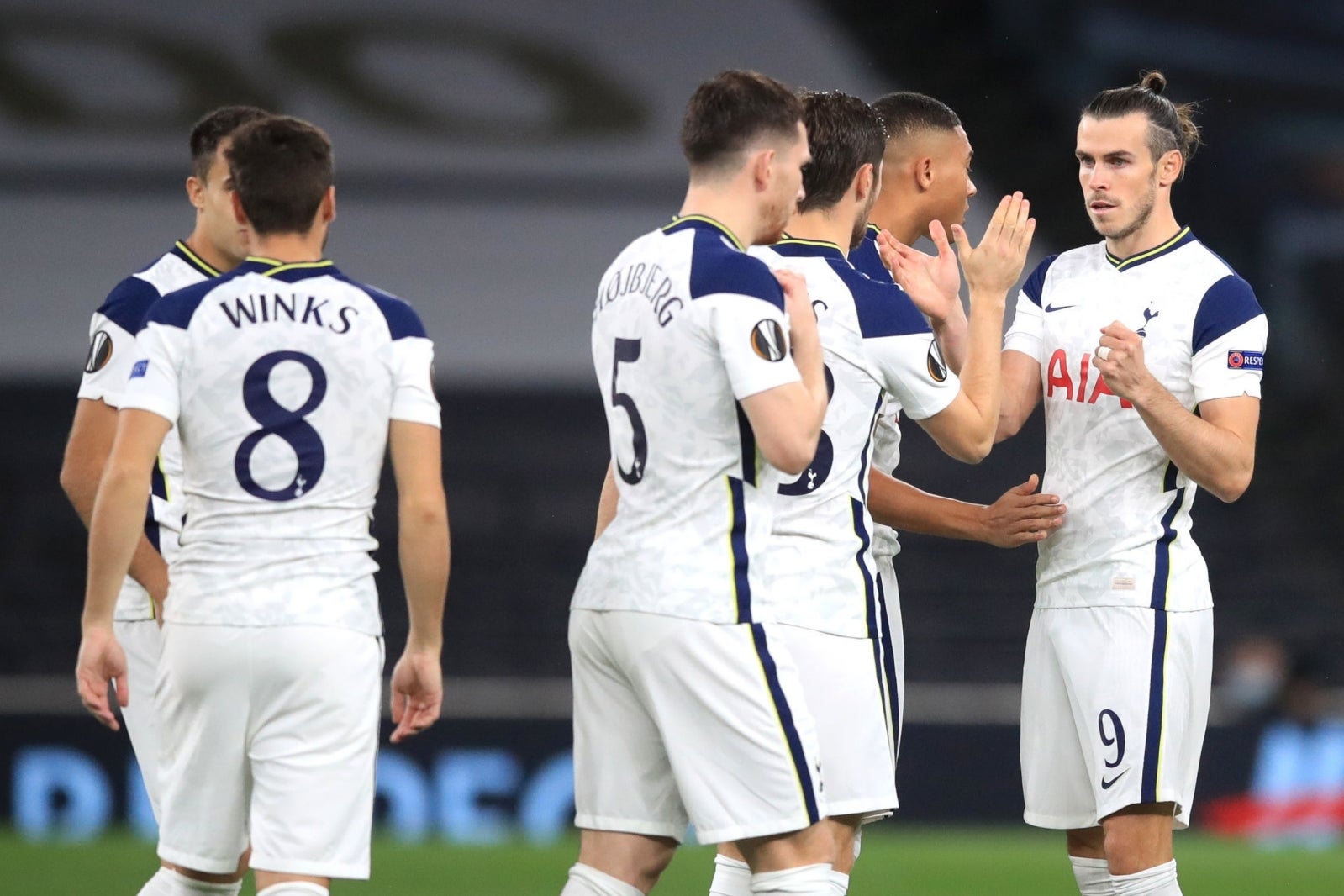 Tottenham eased to a comfortable 3-0 victory over LASK in their opening Europa League group-stage game as Gareth Bale and Carlos Vinicius showed plenty of promise on Thursday night.

Jose Mourinho needed a result and a performance to go along with it after letting a three-goal lead slip to draw 3-3 with West Ham last weekend, and the hosts put in a professional display at Tottenham Hotspur Stadium.

The eye-catching team news saw the first start of his second spell in N17 handed to Real Madrid loanee Bale, while Vinicius made his first appearance since joining on loan from Benfica as Mourinho made eight changes to his starting XI, including a rare outing at centre-back for stand-in captain Ben Davies.

Playing on the right-hand side of a front four, Bale linked up well early on with fellow summer signing Matt Doherty, while Vinicius should really have had a swift debut goal as he headed the Irishman’s cross wide from six yards out.

LASK were forced into an early change when the injured James Holland was replaced by Lukas Grgic and things soon got worse for the visitors when a well-worked team move led to the busy Vinicius cutting back for compatriot Lucas Moura to fire home.

Tottenham doubled their lead less than 10 minutes later, with Sergio Reguilon surging down the left flank. Erik Lamela – operating as a no10 – then found Bale, whose cross was put through his own net by LASK’s Panamanian defender Andres Andrade. It was the Welshman’s first Spurs assist for seven years.

Visiting goalkeeper Alexander Schlager had to be alert to prevent a third goal being scored almost immediately, while the Austrians also lost midfielder Rene Renner to injury and could not reduce the arrears on the stroke of half-time as Joe Hart made a strong stop to deny winger Andreas Gruber.

Lamela curled a shot wide after the restart and then tripped his marker at a crucial moment as Tottenham continued to pile on the pressure after LASK had a penalty shout waved away.

Schlager rushed out of his area to deny Bale following an enticing through ball from Lamela, with the Welshman then replaced on the hour mark as part of a triple substitution as Mourinho sent on Heung-min Son, Dele Alli and Moussa Sissoko.

Son was straight on the offensive, but a spot of confusion between Alli and Lucas meant his dangerous pass was intercepted and at the other end Petar Filipovic headed over at the front post following an LASK corner.

Doherty also headed over and Son twice tried his luck, lashing high into the stands after wonderful link-up play between substitute Giovani Lo Celso – fit-again after a thigh injury – and Alli.

The offside flag was then raised against Alli as Schlager scrambled to stop his low shot from crossing the line, but Tottenham eventually found the third goal that put the tie firmly beyond LASK’s reach.

Vinicius turned provider once more, cushioning Doherty’s clever chip into the path of Son, who finished coolly from close range.

There was still time for one more debut in the closing minutes as former Leeds starlet Jack Clarke was introduced for his maiden Tottenham outing and went close with an impressive effort that drifted wide.

Job done for efficient Tottenham and a pleasing start to their Europa League group-stage campaign after the embarrassment of Sunday’s collapse.