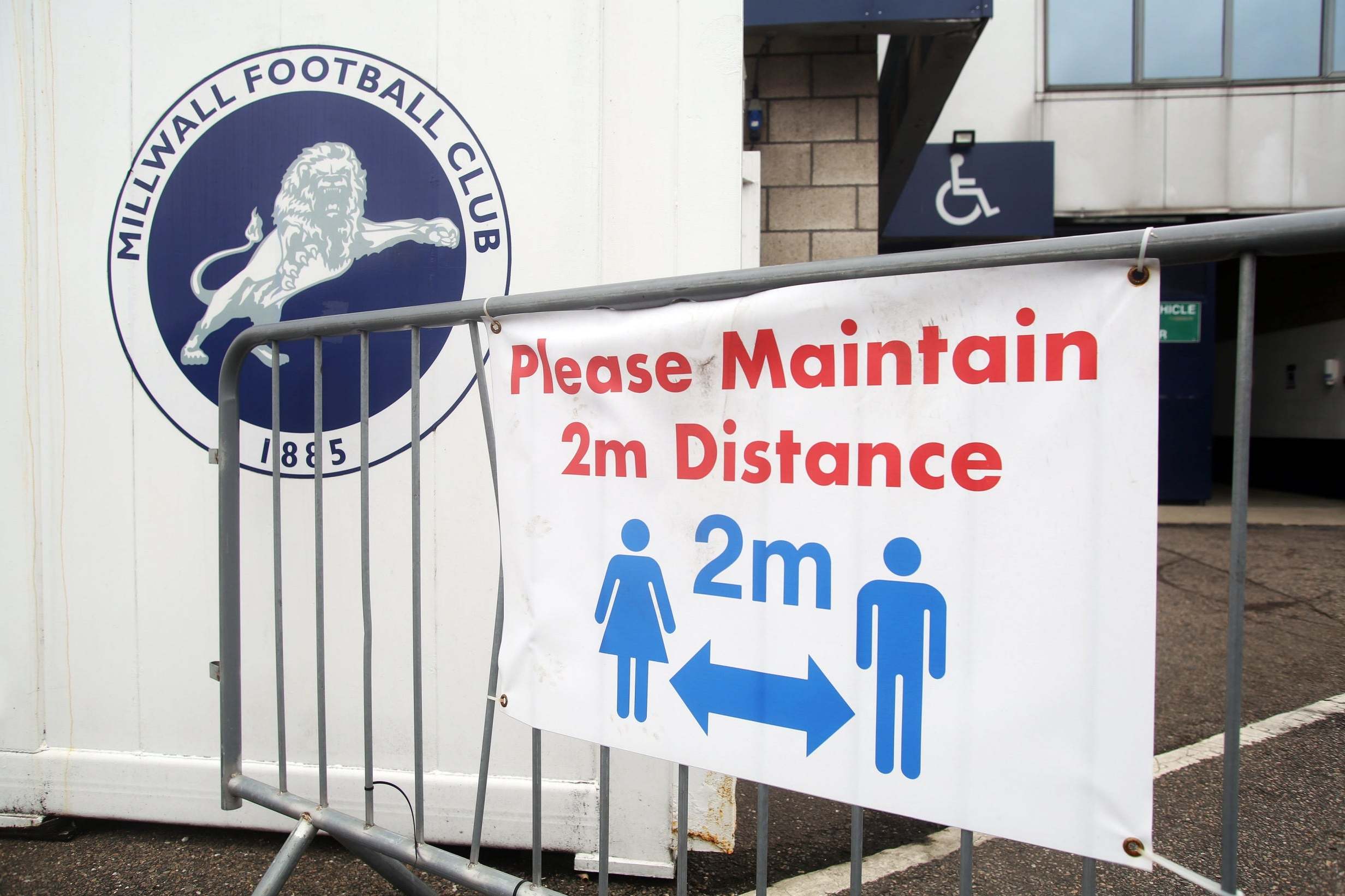 Millwall plan to host further matchday screenings for supporters at their stadium after the success of Saturday’s event for the home fixture against Barnsley.

Around 80 supporters watched the 1-1 draw with the Tykes in a “Covid-secure” environment in the Den’s hospitality areas, with the action on the pitch blocked from the view.

The Department of Culture, Media and Sport has warned clubs that private dining “should not be happening outside of a designated restaurant or pub setting”.

However, Millwall are planning to host a similar event for next Saturday’s home game against Huddersfield and say they hope to make them a regular feature until fans are permitted to return to grounds.

A Millwall club spokesman said: “We’re very grateful to the fans in attendance who followed all the Covid-secure measures impeccably throughout the day.

“There is another similar event for Saturday’s game against Huddersfield and hopefully these are the first few of many in the future while supporters are not permitted into grounds in the normal fashion.”

Lions boss Gary Rowett missed the Barnsley draw after testing positive for Covid-19 at the end of last week, with assistant manager Adam Barrett set to remain in charge for Wednesday’s game against Preston and the visit of Huddersfield, while Rowett self-isolates for 10 days.

The squad watched a pre-recorded video from Rowett before the game, while he was in constant contact with Barrett over the phone.

Brazil to face the Super Eagles in October