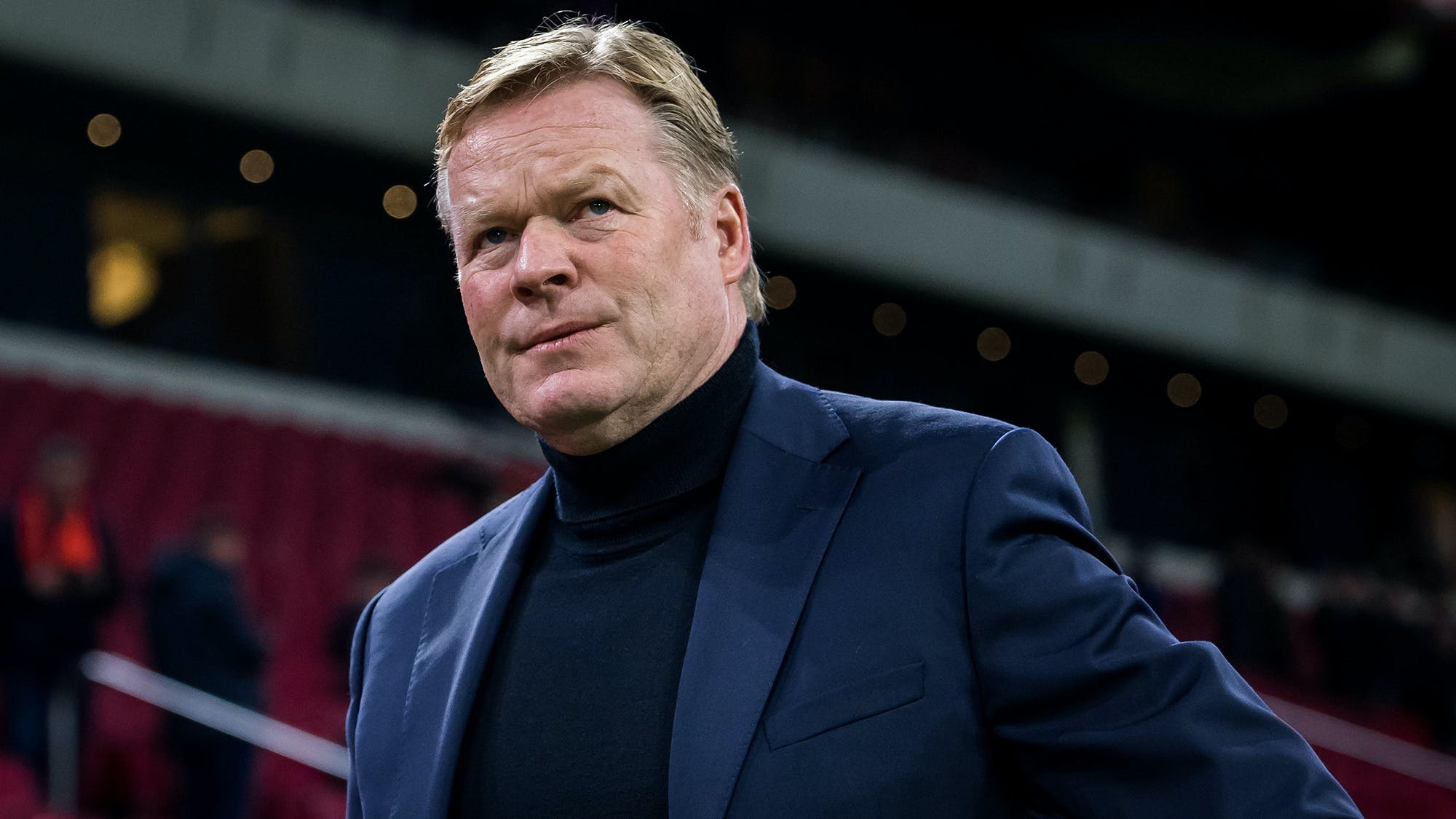 Dutch man, Ronald Koeman has said he doesn’t know if Cristiano Ronaldo will play tomorrow against Barcelona: ‘It’s not my problem,’ he claims, adding that it is still too early to judge Andrea Pirlo as a coach.

The Catalans face the Old Lady in Champions League after last weekend’s defeat against Real Madrid in La Liga.

“The game against Real was fine for 60 minutes, I respect everybody’s opinion but in the first hour we played very well. I saw a team with ambition, I didn’t see so many problems also during the trainings,” Koeman said at a press conference attended by Football Italia.

“When I talked to the directors [at the beginning of the season], I knew it would be a great challenge for all the changes that are underway. Covid is influencing everybody, it’s a challenge for everybody. There are big changes underway, we need time.”

“It’s a game between great teams that want to go far ahead in the competition, it will be important to obtain a good result. We should play the football that we like and give our best. We want to create as many scoring opportunities as possible, it will be a high-level match. It’s an important match for everybody, we all want to have the best on the pitch.

“A coach should be taking the team to win on the pitch every game. It’s a different story to focus on the attack without defending. We have to defend but try to dominate the match, we need to feel the players can breakthrough and harm the opponents as much as possible.

“We have many players available with different characteristics, especially in the attacking area. I need to choose players in good shape but there many things to take into consideration.”

“Ronaldo is a great player, I don’t know if he will be allowed to play, it’s not my problem,” Koeman said.

“I have great respect for him, if he can play, I’ll be glad. We’ll do our best to prepare the match in the best possible way.”

Andrea Pirlo is only at his second Champions League game as a coach and Koeman believes it is still to early to judge him.

“I believe it’s obviously easier to comment Pirlo as a player. As a coach, I can’t make any comment, he’s been working as a coach for little time, it’s a great opportunity for him, there must be a reason if he’s been chosen. We are both new in such top clubs we’ll have to deal with some problem and this start of Juventus could be similar to our in the Spanish Liga, both clubs have been going through changes which require time and patience to be able to work but sometimes there is no time in football.

“Juventus are a top club in Europe with experienced players in terms of defence they are very strong despite some important players that will be missing tomorrow.

“They know how to dominate matches with players in attack and [Paulo] Dybala can create troubles, [Alvaro] Morata is always there ready to score, there are also important midfielders that can do a very good match.”

The post Koeman: ‘Ronaldo not my problem’ appeared first on Sporting Life.