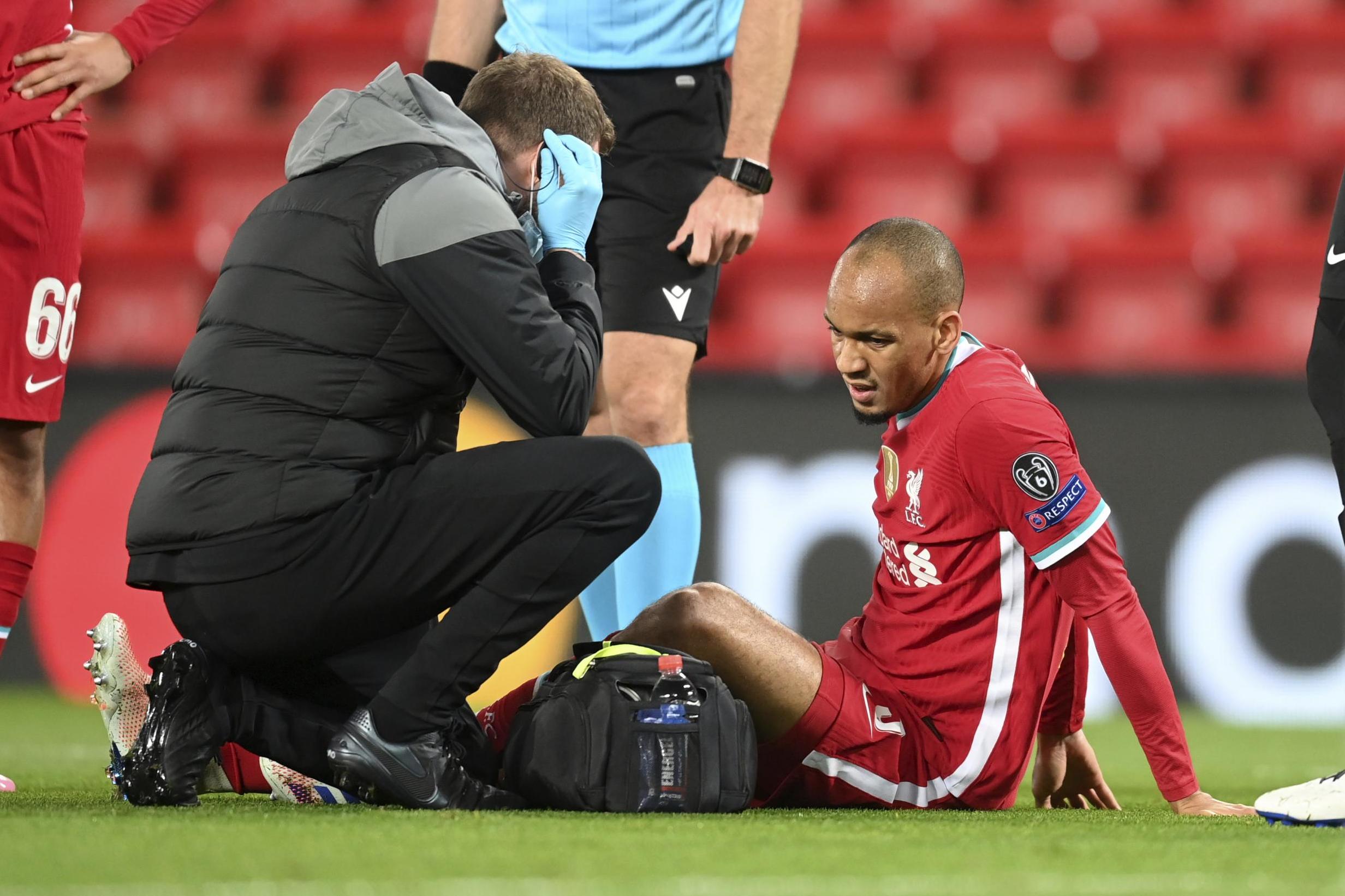 With Joel Matip struggling for fitness and Virgil van Dijk expected to miss the rest of the season, Fabinho has been ably deputising at centre-back alongside Joe Gomez, who is the club’s only fit senior specialist in the position.

However, the Brazilian was forced off during the first-half of Tuesday night’s 2-0 Champions League win against Danish side Midtjylland after pulling up clutching his hamstring, and was replaced by young academy graduate Rhys Williams, who could now be set for a run in the side.

“Exactly the last thing we needed,” Klopp told BT Sport. “I don’t know, he felt his hamstring and that’s not good.

“He didn’t feel it that much, he said he could have played on but with no sprints anymore, which doesn’t help. We have to do a scan and wait and see, but it’s not good.”

“In our situation losing Fabinho in the first-half, Rhys Williams coming on, 19 years old – I think he has more Champions League games than Premier League games, which is pretty rare.”