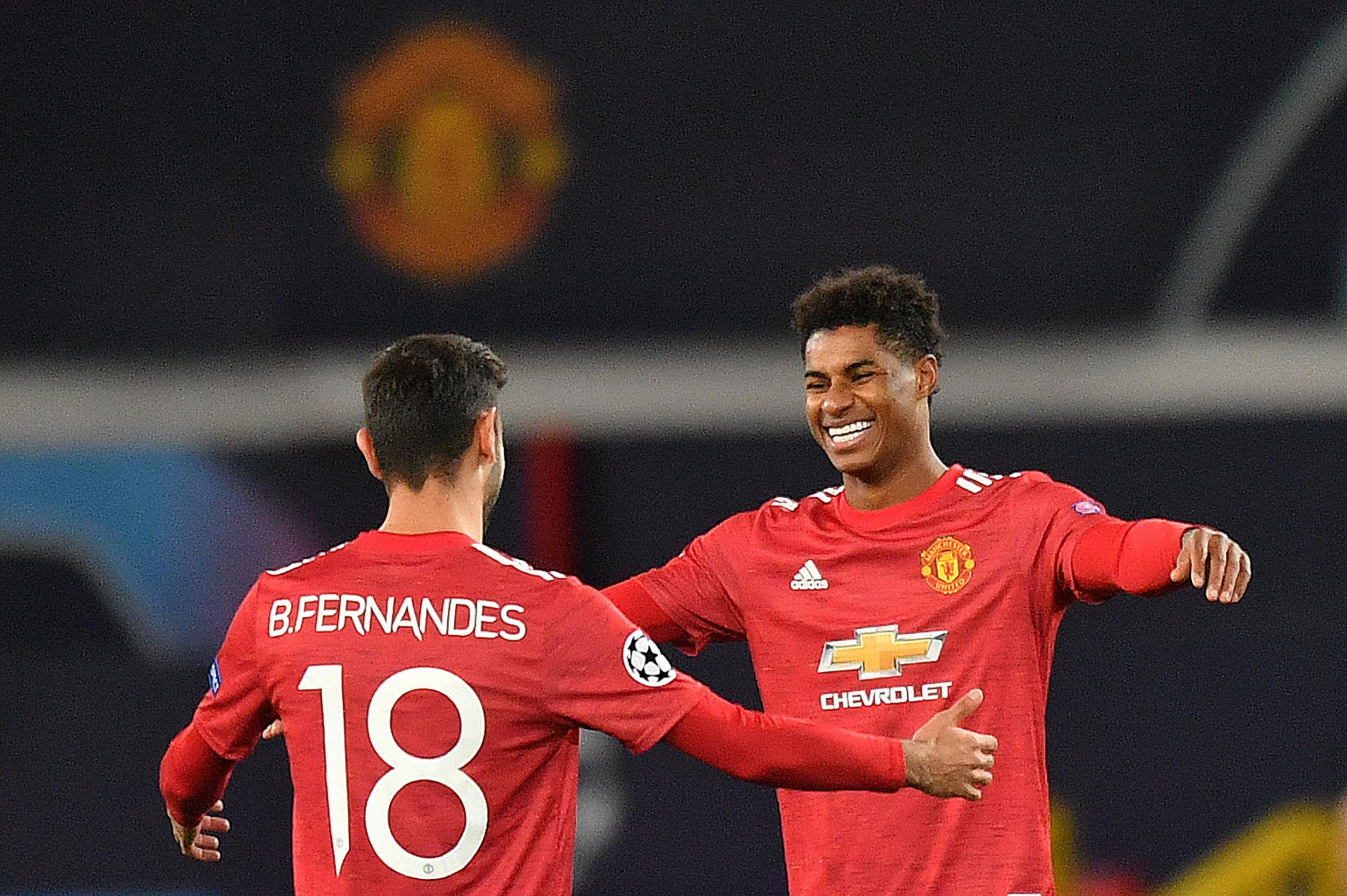 Marcus Rashford scored his first Manchester United hat-trick on the same day as his petition calling for an end to child food poverty reached one million signatures and admitted: “I can’t stop smiling!”

The petition, which the England forward only launched two weeks ago, calls on the government to expand its provision of free school meals and reached the landmark milestone on Wednesday afternoon.

“Can’t stop smiling, I’ve waited a long time for that. Just wish the fans were in to experience it with me. #ENDCHILDFOODPOVERTY.”

The empathic win over the Bundesliga leaders puts United firmly in control of their Champions League group, three points clear of PSG in second.

Rashford only replaced Donny van de Beek in the 68th minute as Solskjaer looked to rotate ahead of Sunday’s Premier League meeting with Arsenal, but the striker could hardly have made more of an impact.

“I think the manager wanted me to up the tempo,” he told BT Sport. “That for us means going forward. There was definitely spaces there. We looked dangerous throughout and that we could score every time we went forward.

“It was a real team performance. The ones who started did well and the substitutes did well too.”