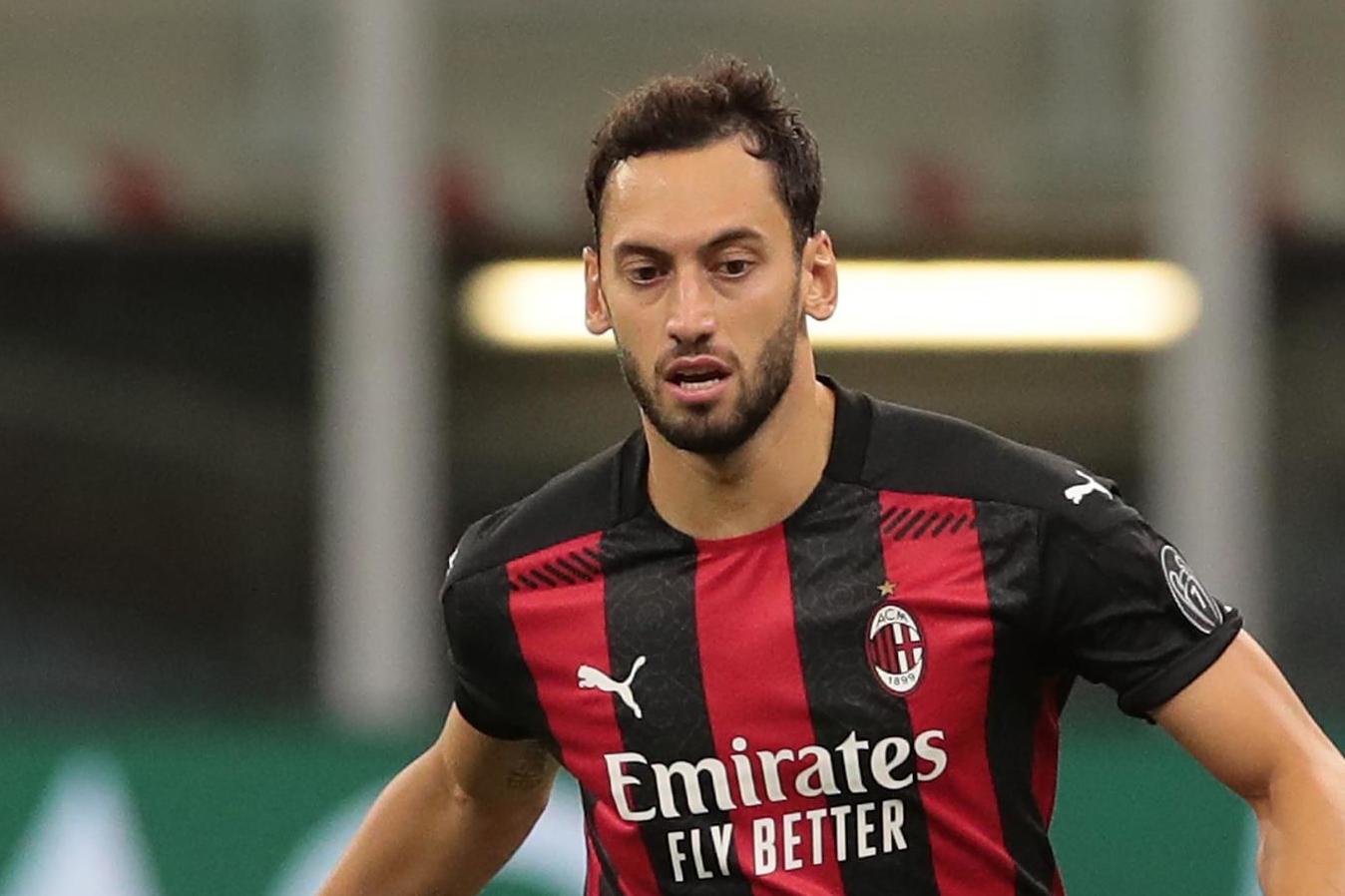 Welcome back to the Evening Standard’s LIVE coverage of all the latest transfer news as the fallout continues from last week’s deadline day.

The domestic window finally slammed shut for Premier League clubs in its entirety on Friday, 16 October, with the international window having already closed on October 5.

As for deals during the main window, Chelsea spent over £200m on the likes of Kai Havertz and Timo Werner, Manchester United missed out on Jadon Sancho but signed Edinson Cavani, and Arsenal recruited £45m Thomas Partey among others.

Liverpool’s interest in versatile Austrian David Alaba has been rumoured for some time now… is this the potential boost they are looking for?

According to German newspaper Bild, the 28-year-old could be set to leave the Allianz Arena after talks over a new deal hit the buffers.

Alaba is out of contract at Bayern next summer and presumably the reigning European champions could now look to sell him in January in order to recoup a fee rather than allow him to leave for nothing at the end of the season.

According to Italian newspaper Gazzetto Dello Sport, the Red Devils are weighing up a potential deal for AC Milan playmaker Hakan Calhanoglu.

The Turkish international, 26, will see his current Rossoneri deal expire this summer and it is claimed United are pondering a lucrative five-year contract offer.

Queens Park Rangers have not given up hope of keeping hold of Celtic target Bright Osayi-Samuel.

The 22-year-old attracted interest from clubs in the summer after an impressive campaign last season and he is now on Celtic’s radar.

The winger is yet to sign a new deal at QPR and his current contract is due to expire at the end of this season.

Speculation has continued to grow about what Osayi-Samuel will do and QPR boss Mark Warburton took the decision to leave him out of last night’s game at Barnsley as he didn’t believe the youngster’s head was in the right place.

Warburton, however, has not given up hope of keeping his star winger and believes he may yet stay in west London: “Absolutely there is hope with Brighty. He is in a very good place at the club. He is developing at the club,” he said. “I hope very much he can see that is the case.”

This rumour comes right out of left-field and is causing quite a stir on social media.

The former AC Milan stalwart and 27-cap Brazil international – who had an unhappy loan stint at Chelsea back in 2016 – is currently a free agent after leaving Sao Paulo in August.

With a return to Internacional now seemingly off the table, Aitor Karanka’s Birmingham are said to be considering an ambitious deal for Pato, now 31, along with Italian pair Genoa and Spezia.


Mikel Arteta has revealed one of the reasons Reiss Nelson did not leave Arsenal on loan this summer is the winger was determined to prove he can make it at the club.

“It was mixed reasons, Reiss was really convinced that he wanted to fight to stay here,” said Arteta.

“And when you see that willingness and that passion and that security in a player, you feel tempted to keep him even though you know that opportunities are going to be restricted and he is not going to have a lot of continuity in his play.

Jack Wilshere has revealed he considering “something different to the Premier League” and is open to a move to Spain, Italy, Germany or the MLS after his West Ham exit, writes Simon Collings.

Wilshere is weighing up his next move after mutually agreeing to end his £100,000-a-week contract at West Ham.

The 28-year-old former Arsenal midfielder is hoping to resurrect his career and says he is open to a new adventure abroad.

“La Liga, Italy or Germany would be a nice change for me,” said Wilshere. “Not many English players have done it. I always watch La Liga, it was always something I thought about.

“I like the league, I think it’s more technical than the English game. I think it’s somewhere I could really show what I can do.”

Kurt Zouma has told Chelsea they must maintain their newfound defensive resolve – even in the absence of Thiago Silva, writes James Robson.

Brazil international Silva was left behind as Frank Lampard’s side flew out for Wednesday’s Champions League tie against Krasnodar.

Chelsea are looking to manage the 36-year-old’s game time during a condensed season.

But he will be a miss after proving pivotal in back-to-back clean sheets against Sevilla and Manchester United.

Zouma hailed Silva’s influence, but insists Chelsea can cope without him.

“He brings experience,” said the centre-back. “We know he’s been winning a lot of trophies. As soon as he came in he was part of the group, already talking to the players.”

Ndombele opens up on Mourinho criticism

Tottenham’s Tanguy Ndombele has admitted he was “not in the right place” mentally last season but insists he was not hurt by Jose Mourinho’s public criticism, writes Dan Kilpatrick.

The Spurs manager condemned Ndombele’s fitness and motivation on several occasions as the club-record signing struggled to assimilate to English football following a £55million move from Lyon.

Ndombele has looked a different player this season, featuring in all six of Tottenham’s League games, and he is expected to be rested for Thursday’s Europa League match at Royal Antwerp.

“His words didn’t hurt me,” the Frenchman told Sky Sports. “They didn’t necessarily motivate me either. It was just something that I assimilated and took on board.”

Son signs with Base Soccer

News now of a change of agents for Tottenham striker Heung-min Son.

The South Korean international has signed up with Base Soccer, which was acquired by the US-based Creative Artists Agency (CAA) in 2019.

“No introduction needed. Welcome to the Premier League’s top scorer,” Base Soccer wrote on Twitter.

One of the most talked-about players of this young Premier League season has been Tariq Lamptey, who has continued to shine for Brighton after leaving Chelsea in January.

The 20-year-old right-back’s consistently impressive performances at Amex Stadium certainly haven’t gone unnoticed, with reports claiming that he is already in line for a bumper pay increase after attracting interest from clubs such as Sevilla.

Per The Sun, Lamptey will soon start negotiations over an upgrade to a deal which currently pays him £14,000-a-week plus bonuses until 2023.

Liverpool will be expected to double down on their pursuit of new defensive recruits after Joel Matip joined Virgil van Dijk on the sidelines last night.

However, according to Swedish newspaper Expressen, the Reds have joined the likes of Manchester United and Juventus in scouting midfielder Ísak Bergmann Jóhannesson.

The English-born 17-year-old is one of the most highly-rated young properties in Swedish football and currently plies his trade with IFK Norrköping and the Icelandic Under-21 team.

The England forward has yet to open his scoring account in the Bundesliga this term and is some way short of the heights experienced over recent seasons at Dortmund.

And while BVB boss Lucien Favre admits that no player can sustain such levels indefinitely, he claims that the protracted summer transfer saga involving Sancho may have impacted adversely upon his form.

Manchester United pushed hard to sign the 20-year-old throughout the window, though could not get Dortmund to budge on their £108m valuation and are expected to strike up more negotiations in January.

“Every player has slow periods,” Favre said ahead of Dortmund’s Champions League tie against Zenit. “There was a lot of talk about Jadon during the summer – something like that can be a factor.

“No player is consistently in top form for an entire year, that’s impossible. You have to accept that.”

Arsenal are facing a stiff battle in the race to sign Houssem Aouar it seems.

The Gunners targeted a move for the Lyon star over the summer, but he eventually opted to stay put as Arsenal instead clinched a deadline day deal for Mikel Arteta’s no1 target Thomas Partey.

It has been suggested that the club will revisit their interest in Aouar, though The Sun now claims that both Juventus and Paris Saint-Germain are also keen on his signature.

Man United to swoop for Upamecano

United were heavily linked with Upamecano this summer, but the player eventually committed his future to Leipzig.

They will get a close-up look at the 22-year-old tonight when United and Leipzig go head to head in the Champions League at Old Trafford.

“I’ve always tried to respect [that] they are players for other teams and don’t want to comment on every player we are linked to.

“But since he’s playing against us tomorrow, I know he’s a very good player and we can see him close up tomorrow.”

LaLiga president hits back at Bartomeu

Tebas wrote: “Unfortunate @jmbartomeu, announcing on his last day the participation in a “phantom” competition which would be the ruin of Barcelona, and confirms his ignorance in the football industry.
“Sad end of a president who had successes, but more lately errors.”

Barcelona in a European Super League?!

It appears as though one of Bartomeu’s final acts may have been to agree for Barcelona to feature in a European Super League, which could make things very difficult for the next president and board.

The drama continues at Camp Nou…

The rest of the board have also resigned their positions.

We all know by now that Arsenal ended up signing Thomas Partey on deadline day after a move for Houssem Aouar failed to materialise.

However, L’Equipe reports that Mikel Arteta’s preferred choice may have been Aouar, though – as per Sport Witness – Edu’s opinion ‘obviously had more weight’ than Arteta’s.

“You can see the way Donny comes to training every day, a big smile on his face, wanting to work hard, wanting to really impress everybody. As the manager said, I’m so confident Donny will be such an important figure in this team and throughout the whole season.

“The way he’s come in has lifted everyone else along with Alex (Telles), Edinson (Cavani), big signings like that who are top quality players can really lift the dressing room. I feel like we’ve seen that already with the way Alex played in Paris and obviously Donny coming off the bench and showing what ability he has got.

“I feel like there’s no time to panic for Donny. People can be so quick to come to an assumption that he’s not playing and things like that. Give him time, let him adapt to the league, let him settle into his new house or wherever he is living and really let him concentrate on his season.”

Donny van de Beek will play a “big, big part this year” at Manchester United despite only being used sparingly since his summer arrival, according to Solskjaer.

“When players come into a new league, a new team, it’s always going to be a time of (transition),” the United boss said. “When Donny has played, he’s played really well.

“I think it says a lot about our depth of quality in the squad that we don’t have to use him every single game because we have other players as well.”

When does the ‘winter window’ open?

The January transfer window opens on Friday January 1, 2021, and will run until Sunday January 31.

This weekend get a £10 free bet with Betfair, when you bet £10 on a Same Game Multi on the Premier League.