Super Eagles forward Victor Osimhen alongside the pair of Piotr Zielinski and Eljif Elmas have been included in Napoli’s squad list to face Real Sociedad with Tiemoue Bakayoko is also eligible to play.

Napoli are set to travel to Spain for their second Europa League game of the season.

Tiemoue Bakayoko picked up a minor knee injury against Benevento on Sunday but has recovered.

The likes of Piotr Zielinski and Eljif Elmas have recovered from Covid and have made their return to the team after almost one month. 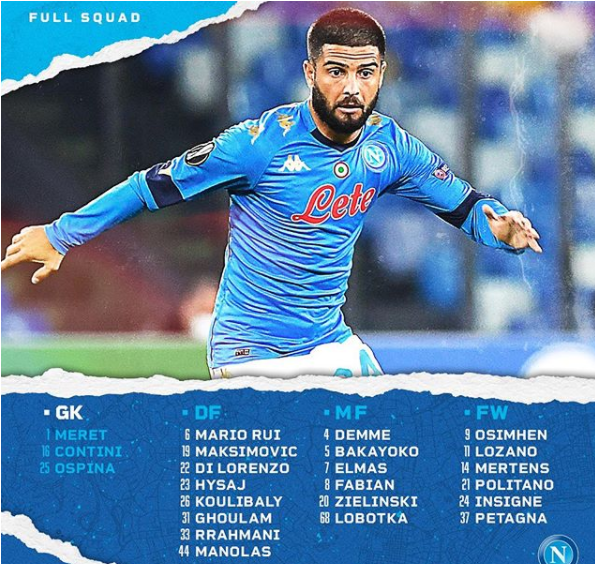 Timo Werner to Chelsea? Academy wonderkids who can save Frank Lampard...