Mesut Ozil’s transfer to Turkish side Fenerbahce is not only a welcome move for his fans but also fulfillment of promise he made to his mother years back.

Ozil had in 2018 promised his mother Madam Gulizar Özil that he will play for Fenerbahce sometime in the future after leaving Arsenal, and less than three years after the promise Ozil has proved to his mum, a man of his word as he puts finished touches to his move to Fenerbahce.

Madam Ozil is very proud of his son and was reported to have supported his philanthropic efforts. The mother was quoted at one time to have told Ozil “If you don’t share your wealth with people who are in need then you are not my son|”

Ozil, who is of Turkish descent and grew up in Germany, promised his mother Gulizar he would play there one day.He has always been a fan of the club and when he landed in Turkey Sunday night he did not hesitate in re-echoing his love for the club

In a Twitter Q&A earlier this week, Ozil admitted his love for Fenerbahce and even compared them to Real Madrid. 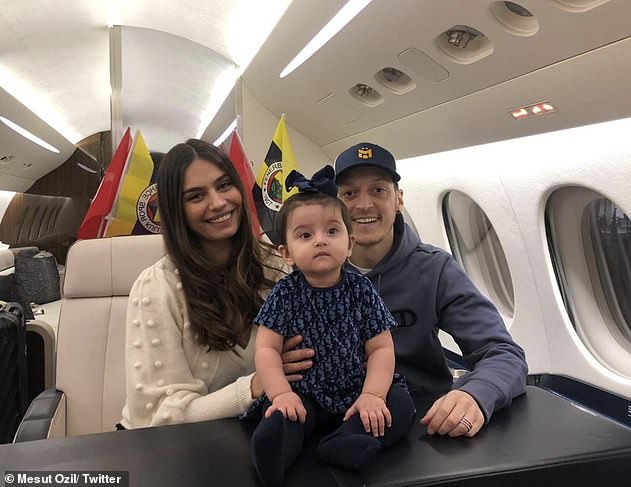 He said: “I grew up as a Fenerbahce fan as a kid in Germany – every German-Turkish person supports a Turkish team when they grow up in Germany.

“And mine was Fenerbahce. Fenerbahce is like Real Madrid in Spain, The biggest club in the country.”

Ozil 2014 Germany World Cup winner, lifted three FA Cups with the Gunners and recorded the second-most Premier League assists in a single season in 2015/16, leading him to earn a new three-and-a-half-year deal worth £350,000 per week in January 2018.

The mouthwatering deal however became a source of headache for Arsenal with Coach Mikel Arteta seeking how best way to push him out.