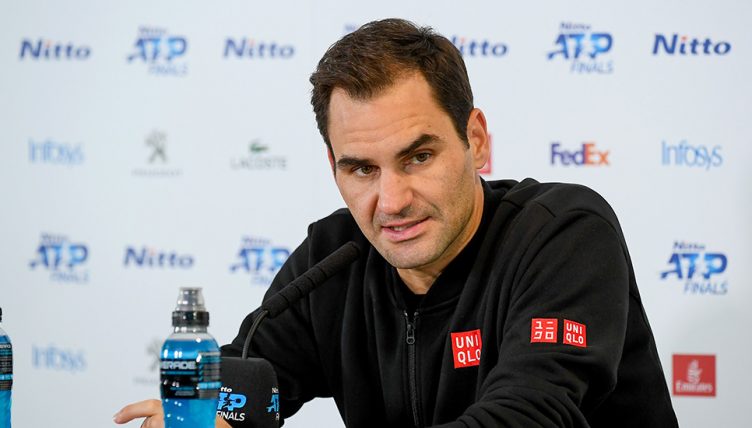 It’s the question that a lot of tennis fans, pundits and fellow players regularly ask. When will Roger Federer hang up his racket? Well, even the Swiss legend himself “cannot predict” when he will call it a day.

Federer has been playing professional tennis since 1998 and, at the age of 38, many fear that he could quit any day now.

However, he is still going strong and competing with the best in the business as he finished the year as the world No 3 behind Rafael Nadal and Novak Djokovic.

Federer plays a reduced schedule these days to prolong his career, but he still has energy for exhibition tournaments and he will feature in a few matches in South America this week.

When asked when he will stop playing, he replied: “My retirement will depend on my health. At the moment I do not see any reason to retire.

“I did not think I would play beyond 35, 36 years and here I am. I am doing well physically. I cannot predict when it will be the time to stop.

Federer won his 100th singles title in March this year and added another three titles to his collection to leave him on 103, six short of Jimmy Connors record of 109.

“With age everything gets a bit more difficult,” he continued. “But at the same time, with experience also you can savour the moments more.