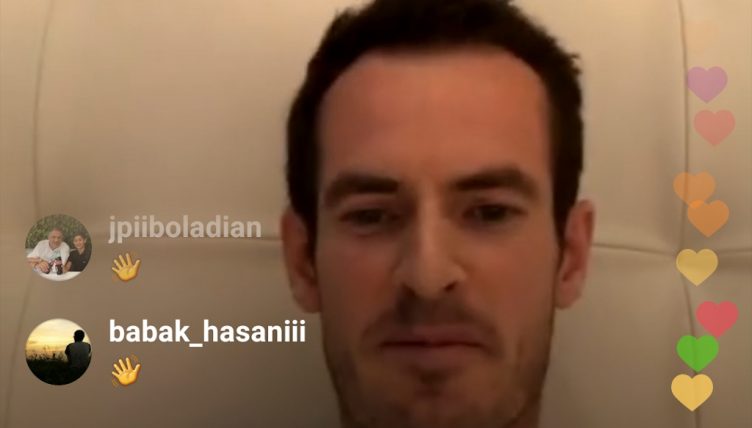 He hasn’t hit any balls in more than a month, but Andy Murray says he is making good progress in terms of regaining full fitness.

He was forced to withdraw from the Australian Open and a few other tournaments, but he earmarked the Miami Open as a possible return event.

Murray’s comeback was then delayed again as tennis went on an enforced break due to the coronavirus pandemic, but he revealed during an Instagram Live chat with Rafael Nadal that he has been keeping fit during lockdown.

“I’ve been training a lot and still able to do lots of things, but haven’t hit any balls for five weeks,” the Scot said.

“I’m just trying to find stuff to do with the kids every day. It’s been tough, but it’s been nice to spend so much time with the kids and family. We’re not used to that.

“It’s difficult trying to teach your kids as parents. You appreciate the work that the teachers are doing a lot more because the kids don’t always want to listen to what parents have to say.”