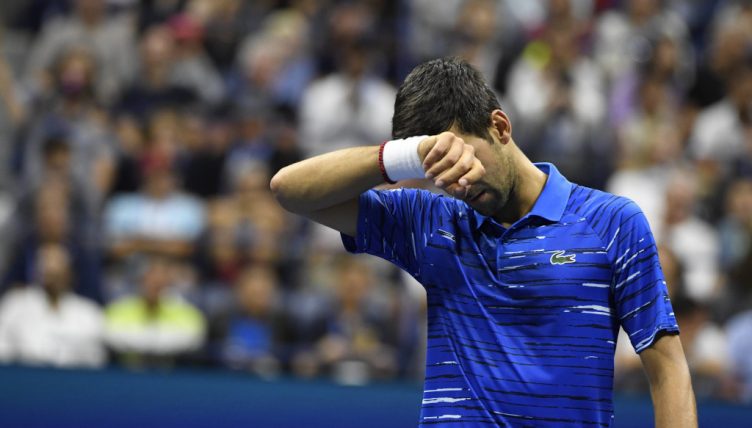 Novak Djokovic has revealed “wanted to quit tennis” after the 2010 French Open as he “wasn’t feeling the joy” when he was playing the sport.

The world No 1 won his maiden Grand Slam in 2008 and has since added another 16 majors to his tally to find himself just three behind Roger Federer’s record of 20.

However, after making his Slam breakthrough at the Australian Open in 2008, he initially struggled to double up as he suffered nine semi-final or quarter-final exits and finished runner-up once before winning his second major, also at Melbourne Park.

The floodgates, though, really opened after his 2011 Australian Open title as he also won Wimbledon and the US Open that year.

But it was his defeat to Juergen Melzer at the French Open in 2010 that nearly resulted in him nearly throwing in the towel.

“Against Juergen Melzer in Roland Garros, during the quarters, this defeat was really difficult for me emotionally,” he told Sky in Italy.

“I cried a lot after this defeat because I had a moment in my life, my career, when everything happened in a fusion in which I really did not see a reason to keep on playing, I wanted to quit tennis.”

He added: “After that moment I felt I was freed. The accumulation of this pressure was making me too tired to play, I wasn’t feeling the joy, I wasn’t feeling free to really play in a way, a type, a style of play which was aggressive.”