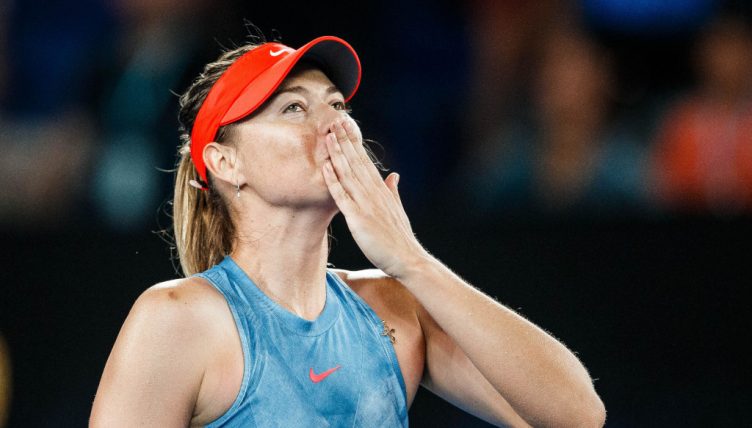 Maria Sharapova admits it has been “somewhat of a transitional relief” that she is no longer putting her body through rigours of competitive tennis, saying she was ready to retire.

After nearly 19 years on the WTA Tour, the former world No 1 hung up her tennis racket for good at the end of February this year.

Sharapova turned professional in 2001 at the age of 14 and three years later she won Wimbledon. The Russian went on to win four more majors, including a Career Grand Slam, and spent a total of 21 weeks as world No 1.

However, she struggled with injury the past few years and eventually decided to pack it in.

During an Instagram Live chat with men’s world No 1 Novak Djokovic, Sharapova explained why she was “ready to let go”.

“To be honest, I was very stubborn in the past couple of years with my body. I struggled a lot with it because I kept thinking that it would a hurdle I could pass, and I could get better,” she said.

“It’s been somewhat of a transitional relief that I’m not putting my body through that anymore. There are some things that are still a part of me that I carry through in this transition, and some of it I’m ready to let go.

“I was ready for the transition and I think I set up a really good base for myself. I’d say the transition is different than I thought it would be because of what we’re all facing in today’s environment.”

Sharapova is yet to confirm how she will spend her retirement years, but says she is “ready to achieve new things”.

“Part of this whole new ‘retirement thing,’ whatever that really is, is exploring, having the time, and dedicating the time and working on the future,” she said.

“A large part of me is ready to go and is ready to work and is ready to achieve new things, I also know that I’m kind of new and whatever I set up so far while I was playing, a lot of that will take time to develop.”

Davis Cup Preview: Sub-plots and talking points ahead of debut of...