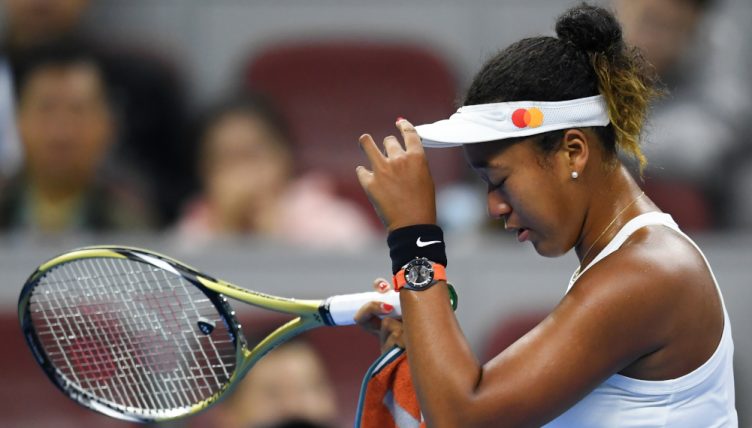 Naomi Osaka’s 2019 campaign has come to a “disappointing” end after she withdrew from the season-ending WTA Finals in Shenzhen because of injury.

The world No 3 kicked off the tournament with a tough three-set win over Petra Kvitova on Sunday, but she won’t feature in the remainder of the event due to a right shoulder problem.

“I’m disappointed to have to withdraw from the Finals,” the two-time Grand Slam winner, who was due to replace world No 1 Ashleigh Barty on Tuesday, said in a statement. “It has been a great event in Shenzhen, and it’s the biggest WTA event of the year.

“This is not how I wanted to end this tournament or my season. I look forward to getting healthy and hope to be back here in Shenzhen next year.”

Osaka, who will be replaced in the draw by Kiki Bertens, ends the 2019 season on an 11-match unbeaten run as her last defeat came at the US Open.

She won back-to-back titles at the Pan Pacific Open and China Open to go with the Australian Open she won at the start of the year.