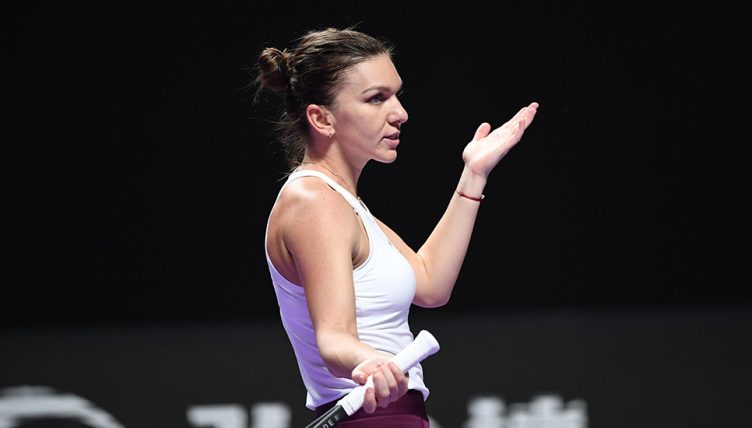 Simona Halep said that she made her coach, Darren Cahill, ‘p*****’ at the WTA Finals after he brander her ‘a disgrace’ to her face on court.

Halep lost to Karolina Pliskova in her final match in Shenzhan, and was bageled in the opening set prompting the interference from Cahill.

It had an impact too, with the Wimbledon champion rallying to win the second set before ultimately failing.

“The last three games you have been an absolute disgrace on court.”

“Come on, you can’t win the match doing what you’ve been doing the last three games. You’ve got to reel it in.

“Get your focus back between the lines. For no reason, you’ve lost it here … So you have a chance to define yourself now in this set.

“Forget the result, how are you going to finish this match? It’s up to you.

“You can finish with full energy and full focus or you can continue doing what you’ve been doing the last three games and you have no chance to win.

“So at least give yourself a chance by pulling it back in. This is on you. Get your attitude back on track and you will win this match. I have full belief.

“You have a choice here how to define yourself as an athlete and a competitor.”

For anyone that missed it. Here is Darren Cahill calling Simona Halep a disgrace. (Via Paul Grogan) pic.twitter.com/l7RwNBFM3x

Helap, though, far from taking offence, admitted it helped her and even also conceded it was warranted.

“I’m pretty sure that I deserved it because I was not calm,” Halep said in her press conference.

“I changed something in my attitude.